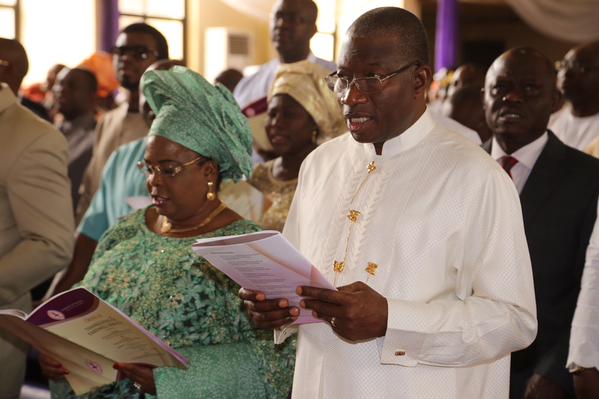 Security operatives on Wednesday raided the Abuja residence of a man identified as a brother to the former First Lady, Patience Jonathan.

The house is located in Maitama, in the nation’s capital city.

Although the spokesperson for the Police has not confirmed the incident, there were reports that police officers in uniform carried out the raid.

According to sources close to Channels Television, the operatives searched all the rooms in the house.

The house was allegedly bought for her brother by Patience Jonathan who is having a court battle with the Economic and Financial Crimes Commission over the ownership of a controversial $15 million.