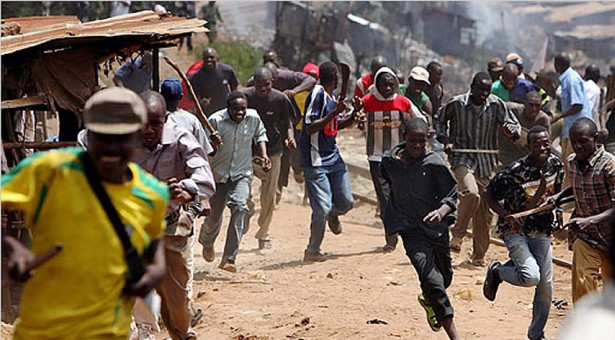 Governor Nasir El-Rufa’i of Kaduna State made this known after a closed door meeting with the president at the Presidential Villa, Abuja, on Thursday.

The governor, who briefed the president on the security situation in Southern Kaduna, said the president had enjoined the state government to do all it could in restoring peace and stability in the state.

According to the governor, the president gave him the directive to restore stability to the state and bring all perpetrators to book.

“The President has given us unqualified support to stabilise the state and bring all those responsible for the violation our laws to justice.
“So, we have the full support of the President to move on and we quiet confident that things will return to normal very soon.’’

“Well, we have curfew even on Christmas day but it is for twelve hours. People will be able to get out in the morning at 6am and be back at 6pm, it is because of the security situation.

“We have not imposed curfew in other parts of the state, we had to impose curfew here because of the situation that was caused by irresponsible behaviour by certain people.”

The News Agency of Nigeria reported that the convoy of the governor was attacked on Tuesday when demonstrators reportedly pelted it with stones in Kafanchan, Jema’a local government area of the state.

Some of the vehicles were damaged shortly after the governor addressed the demonstrators.

A 24-hour curfew was imposed on Zangon-Kataf, Kaura and Jema’a Local Government areas of Kaduna State to check possible outbreak of violence in the affected areas.