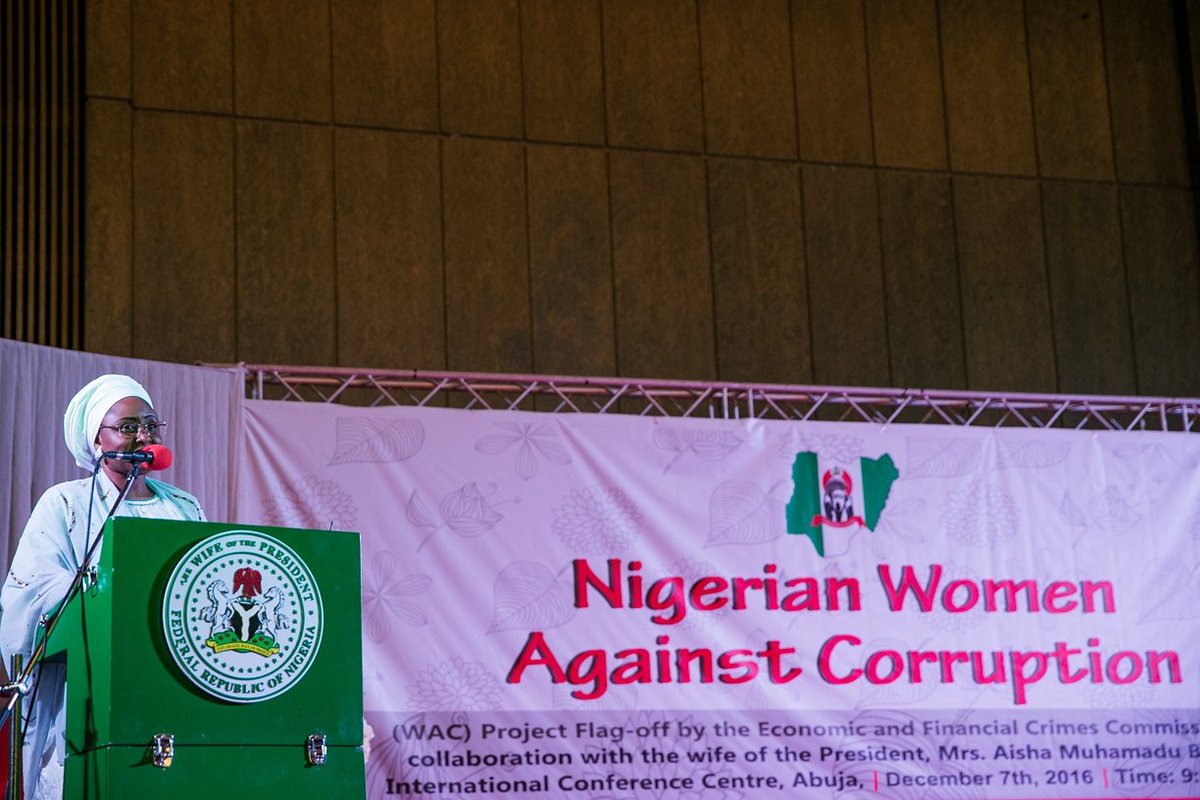 Wife of the President, Aisha Buhari, has said that she has not received any gift from anyone since becoming the President’s wife. Mrs.

Buhari, who spoke at the unveiling of a new campaign against graft tagged, “Women Against Corruption” in Abuja, today, said that she did not also intend to collect gifts as the wife of the president even in the future.

“People have been trying to bring some gift items to me but I have not been collecting them. Right from when I was campaigning with the Wife of the Vice President for our husbands, we did not take a dime from anyone and we have continued like that till today.

“I have never collected any gift and I am not ready to do so even in the future,” she said, and received thunderous applause from the audience made up of top government officials, outstanding Nigerians women and businessmen.