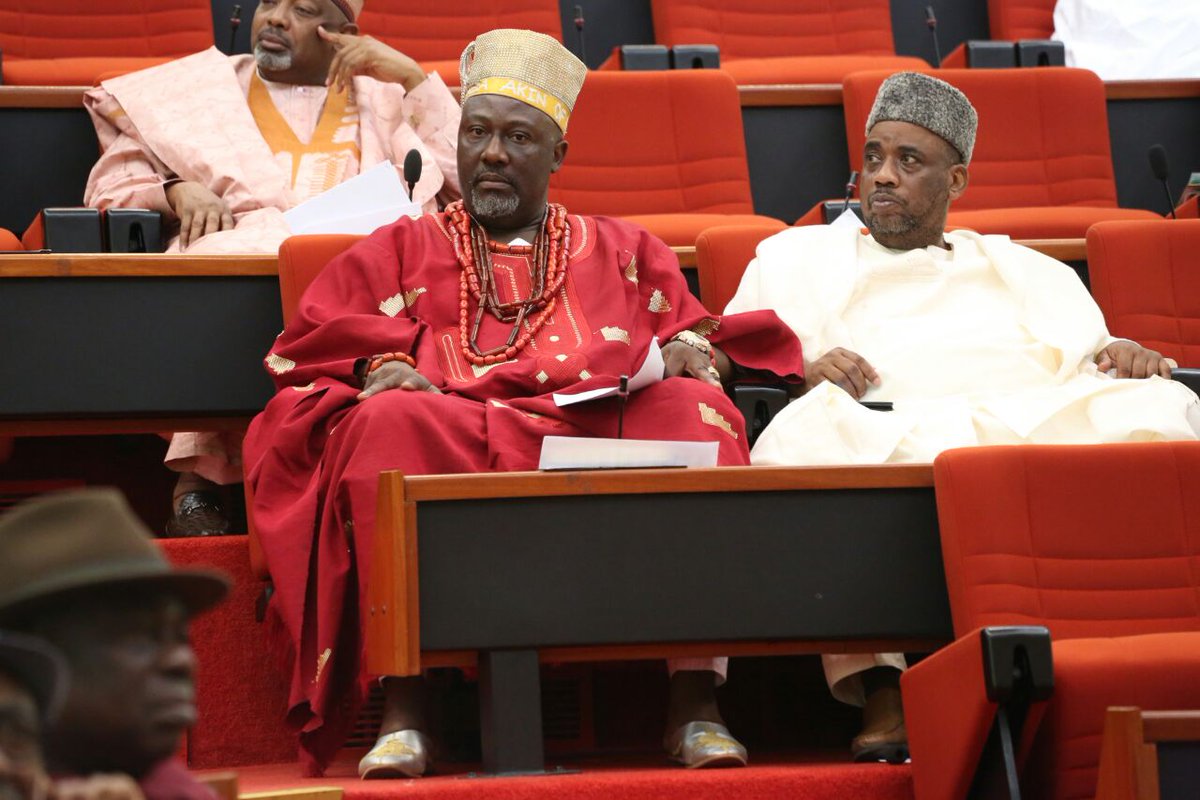 The documents which form the basis for the planning of the 2017 budget, were referred to the Senate Committees on Finance, Appropriations and National Planning for further legislative job and subsequent presentation to the Senate.

During the debate on the documents, majority of the Senators who spoke, declared the documents as fraudulent, unrealistic, not sincere, not transparent, even as they said that the documents lack credible and called for serious rejigging if they must meet the present economic reality.

President Buhari appearing before the National Assembly was disclosed yesterday by the Senate Minority Leader, Senator Godswill Akpabio (PDP Akwa Ibom North West), while making contributions to debate on projected assumptions made by the presidency in the 2017-2019 MTEF. The Senate Minority Leader, Godswill Akpabio, gave this indication when he was seconding the motion for the Senate to consider and approve the 2017, 2018 and 2019 MTEF and FSP, which was presented before the Senate.

Akpabio said, “Yesterday, you made reference to the fact that the President may be coming to the chambers to submit and read the 2017 budget on 1st of December (Next week Thursday).

“If that is the case and we send this (MTEF) back for reworking by the presidency, it means that we will not be able to meet that deadline. But if we send it to the committee level, they may come up with something within the next three days that will be much, much realistic ahead of the budget presentation itself”.

Akpabio had before making the disclosure, pleaded with the Senate not to throw out the MTEF document based on its unrealistic projections as raised by majority of the Senators, advising that it should be committed to relevant committees of the Senate based on the submissions that would be made by the various agencies that may be invited by the committee and come up with realistic indices for the budget estimates, adding, “We can see that we don’t have a perfect document in our hands but of course we are looking at assumptions and assumptions may not necessarily be correct. I want to suggest that we send it to the committee.

While reminding them that the National Assembly will not be able to receive the 2017 budget estimates from President Mohammadu Buhari on Thursday except the Senate passed the FSP and MTEF for 2017, 2018 and 2019, the Minority Leader said if the senators agree that the document be referred to the committees for consideration, within three days, they will have been done with it, to enable the Senate pass the Framework.

In his remarks, the Senate President, Bukola Saraki who ruled on the debate which lasted for more than two hours, however reminded his colleagues that the assumptions in the documents were done based on the best capacity of the executive arm.

“Like some of our distinguished colleagues said, our responsibility is to work on it and use our capacity to do the right thing. We have our Committees on Appropriation and Finance that should not just take anything from the executive, sign it and return it (verbatim). If it means that we have to rehash it, look at it again, turn it around and do what is right, then, that it our responsibility. “I think that it just the way to go rather than to just take a document from the executive and return the same to it. It is clear from what was submitted (by the lawmakers) today that it will not work like that this time around.”