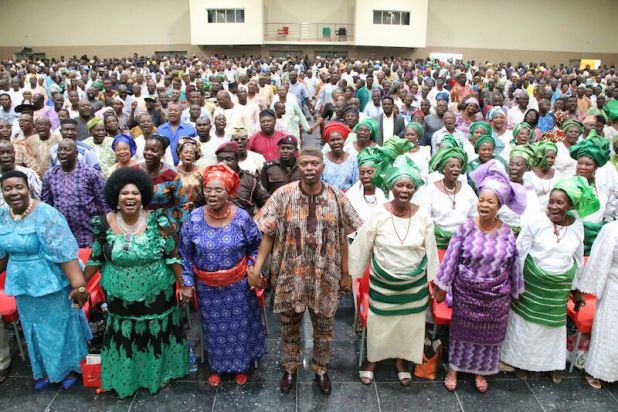 No fewer than 70,000 women in Ondo State will benefit from the second phase of the state’s food palliative programne tagged “Eto Kaadi Igbeayo,”.

The state Gov. Olusegun Mimiko gave the figure on Saturday in Okitipupa Local Government Secretariat, while inaugurating the phase.

The News Agency of Nigeria (NAN) reports that no fewer than 100,000 women benefitted from the first phase of the programme in July to cushion the effect of economic recession.

Mimiko said that the 15kg of rice and beans were meant for all residents in the state irrespective of their political affiliations.

According to him, the use of the residency card for distributing the food items was to guide against fraud and multiple collection.

“This programme is part of the efforts of the state government targeted at addressing poverty and hunger occasioned by the economic recession in the country.

“Over 100, 000 women across the state have benefitted so far in the first phase, and over 70,000 will benefit in this second phase,” Mimiko said.

The Wife of the governor, Mrs Olukemi Mimiko, who distributed the food items to the beneficiaries, said that the items would benefit the entire families of the beneficiaries since it was passing through the women.

“In spite of the present economic crunch, the state government still fulfils its promises to the people.