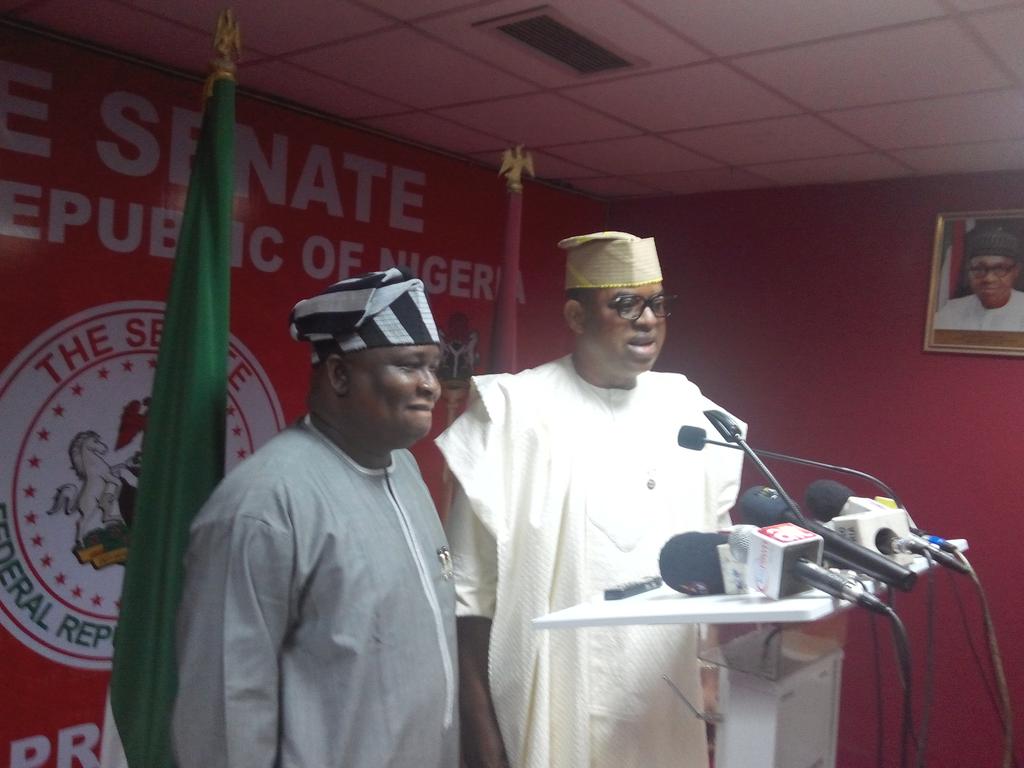 The Senate is to reconsider the one per cent special grant for Lagos from the Federation Account, being the former Federal Capital Territory and commercial nerve of the country.

Last month, the senate threw away the bill presented before it by Senator Oluremi Tinubu demanding one percent special grant for Lagos.

But Chairman, Senate Committee on Marine Transport, Senator Sanni Yerima, who paid a courtesy visit on Governor Akinwunmi Ambode of Lagos at the State House, Ikeja, Lagos, Southwest Nigeria said the senate would reconsider the one percent grant for Lagos.

Ambode had appealed to senate to reconsider one percent special economic assistance from the revenue accruable to the Federal Government to Lagos.

Speaking with newsmen after the meeting with the governor, Yerima said the senate would revisit the issue of granting Lagos one percent special grant from the Federation Account.

“We shall also revisit the issue of the special status for the state, especially, as it formerly served as the seat of power to the Federal Government, hence the need to do the needful and avail it the special status it deserves,” he said.

Yerima had also said the committee was in Lagos as part of its oversight function to ensure that all government agencies do their job.

“We all know Lagos is a special state and quite obvious that anything that affects Lagos will have its effect on the whole country. Definitely, Lagosians should count on our support for anything that would require to further uplift its status,” he said.

Speaking, Ambode said by 12 December, 2016, it would be 25 years sincet the capital of Nigeria was moved from Lagos to Abuja.

“So, 25 years after, this is where we are. I welcome wholeheartedly when Senator Yerima said that anything that Lagos needs, the Senate will support us,” he said, while thanking the senate for allowing the state present its special status demand before the upper chamber recently, as the state had struggled to put it forward before the last Assembly.

“If we have about twelve senators here and we are looking for two-third, we are saying here that it would not be out of place to revisit our appeal and our bill. Like it was rightly said by the Chairman (Yerima), Lagos is thoroughly cosmopolitan; it is a mini- Nigeria and then the wellbeing of Lagos is the total wellbeing of Nigeria and everybody has a stake here in Lagos.

“We have continually addressed the cosmopolitan nature of Lagos in a way that is suitable and comfortable for all Nigerians irrespective of tribe, creed or religion. So, to put it in the right perspective, what we are actually asking for is one percent special economic assistance from the revenue accruable to the Federal Government. If we are able to do that, you can imagine what we would have done 25 years ago based on the understanding of gentlemen that Lagos would not be left behind or forgotten.

“So, that is the platform we want you to try and help us to have a re-look, a re-think and then think more of Nigeria in the bill rather than of Lagos because that is what that one percent assistance will address and then tends to create the image of the kind of commercial capital we want Lagos to be,” he appealed.

Ambode also said the visitation was apt and timely as he just held a fruitful meeting in Denmark on the development of the Badagry Deep Sea Port, adding that he was aware that the members of the Committee visited the Lekki Port axis yesterday.

“It points to the fact that there is some kind of convergence in our vision and mission to grow the economy of Nigeria. Part of your assignment was also to see what is going on in Apapa. The reason why we are trying to expand ports in Lagos and come up with additional ports is because what we have in Apapa Port cannot actually meet the demand of commerce and the level of expansion of our economy.

“That is why we believe strongly that if we are to actually prepare ourselves for the prosperity of Nigeria, we need additional ports and I like to use this as a platform to plead for your support in the things we are doing,” he stated.

The governor said the infrastructure around Apapa Port was not really befitting of what it should be as the real estate around the area had actually overtaken the activities of marine business, which was why the state government was thinking there must be a different way to do business or commerce, while appealing to the Federal Ministry of Works to assist the haulage business in Apapa area so that “we can get federal roads well prepared for the kind of commerce we have there.”

Just In: Appeal Court Declines To Rule On PDP Crisis