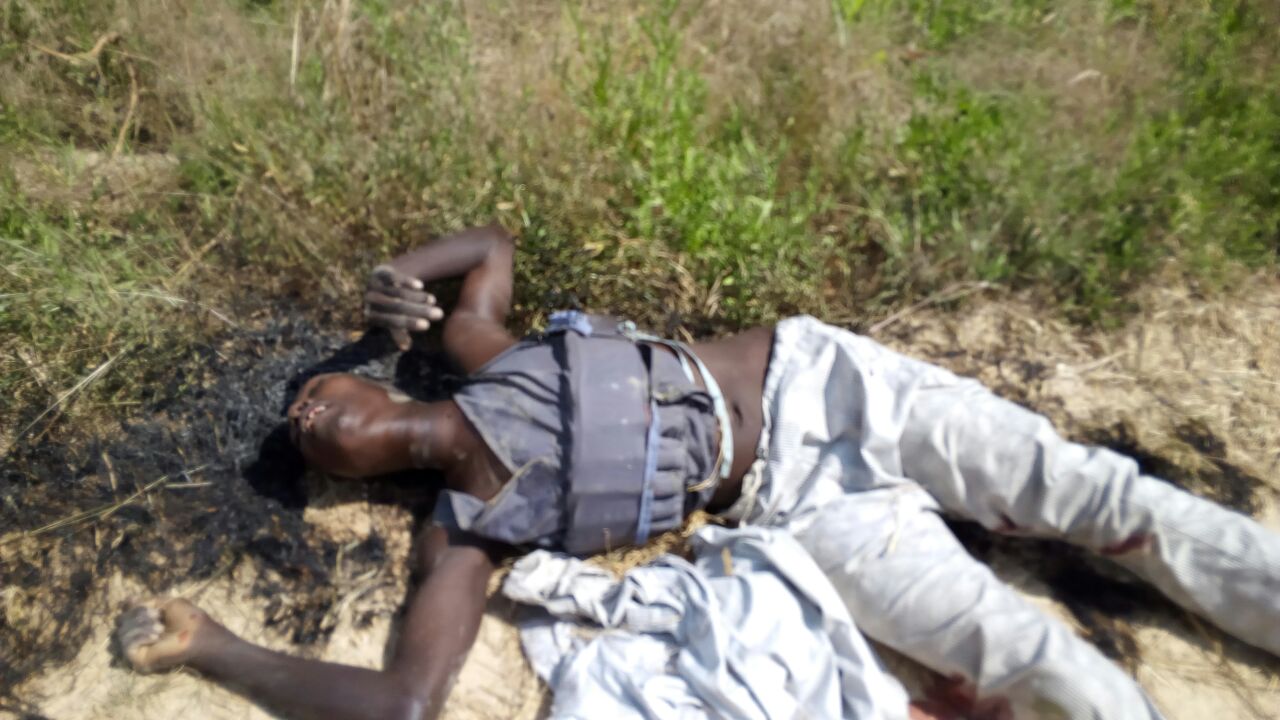 At about 9.00am this morning, troops of Operation LAFIYA DOLE deployed behind Bakassi Internally Displaced Persons (IDP) camp, Damboa road, Maiduguri, on security duty, intercepted and killed a male suicide bomber who had attempted to sneak through the troops’ inner parapet towards the IDP camp.

The vigilant sentry sighted the bomber and laid in wait until the suicide bomber came close. The sniper instantly shot and killed the terrorists as he tried to force his way to the western flank of the IDP camp fence.

Unfortunately, the Improvised Explosive Device (IED) vest strapped on the bomber failed to detonate. Consequently, a combined team of military and police Explosive Ordinance Device (EOD) have been called to safely detonate the IED.

The situation at the camp and the general area is calm.