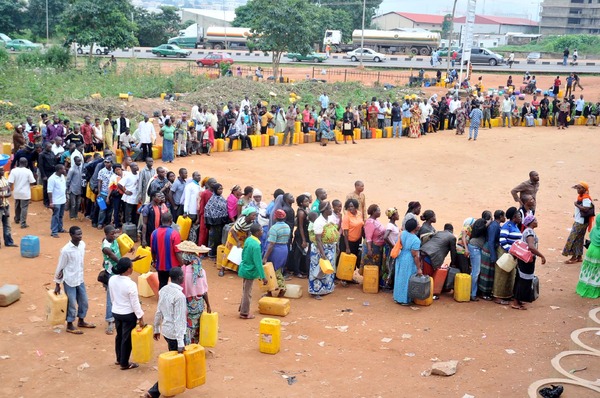 The Borno command of the Nigeria Security and Civil Defence Corps (NSCDC) on Sunday raised the alarm that youths in Maiduguri are now being recruited by Boko Haram to supply fuel in Gamboru Ngala area of the state.

The Commandant of the NSCDC, Mr Ibrahim Abdullahi made the revelation in an interview with the News Agency of Nigeria (NAN) in Maiduguri.

Abdullahi said the command had intercepted a reasonable quantity of fuel packaged in a carton of groundnut oil, bound for Gamboru Ngala local government area in the state.

He said since Boko Haram are running out of food and other supplies, they have employed all sorts of means to replenish stock.

“The command had so far arrested a suspect, who confessed that he did not know the owner of the consignment that he was asked to deliver to the insurgents trapped in Gamboru Ngala.

“He later confessed that each of the five litres of fuel is sold at N15,000 to the insurgents.

“You will recall we raised the alarm that some agents of Boko Haram were transporting stolen cows from Mafa, Kalabalge and Bomboshe axis in the state to cattle market in Maiduguri.

“The Boko Haram usually send the cows to their agents in the city who will then sell them and repatriate either cash or fuel to the terrorists.

“We are therefore warning the people especially drivers not to accept or convey any form of message that looks suspicious to any one, especially along the Gamboru axis.

“We are also warning the drivers, park owners and union groups to always check their passengers and their luggage to avoid transporting bad elements that would cause havoc in the society.

According to him, the command is working with other relevant security agencies to bring all the collaborators of terrorists to book.