Professor Ben Ayade, the Governor of Cross River State has again shocked political watchers with the appointment of an additional 1, 106 advisers, adding to the dozens he had previously appointed some months back.

The latest development was announced Tuesday by his chief press secretary, Mr. Christian Ita. He said the appointments would take effect on November 1, 2016.

See full names of appointees and their designations. 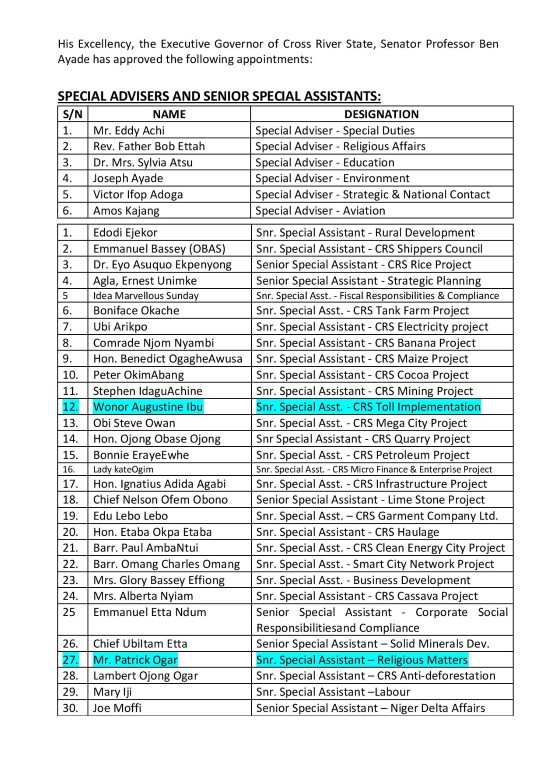