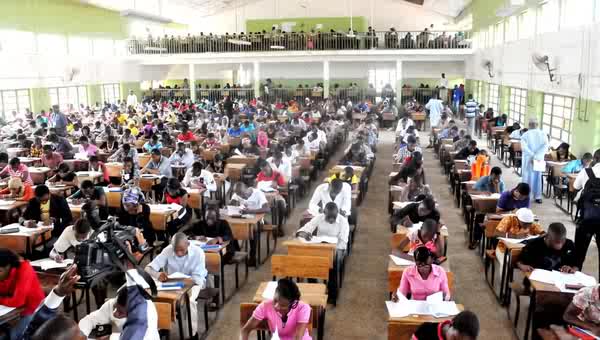 The Joint Admissions and Matriculation Board has scrapped the use of scratch cards in any of its transactions and services, describing it as “archaic”, its Registrar/Chief Executive, Prof. Is-haq Oloyede, has announced.

He also demanded that the Federal Government should revert to the former system where serving Vice Chancellors of Universities were made chairmen of the Governing Board of JAMB.

A statement issued by the Spokesperson of JAMB, Dr. Fabian Benjamin, on Sunday, said, Oloyede made the announcement in Abuja in a paper he delivered during a meeting of the Association of Vice Chancellors of Nigerian Universities.

According to him, JAMB would be using the platform of pin vending to check all forms of fraudulent practices which was prevalent with the use of scratch cards.

“The decision is as a result of its consistent subjection to fraudulent practices, the use of scratch cards is archaic and its is the drive by JAMB to also promote accountability in line with government’s zero tolerance for corruption. This new system will be accessible through the options of web payment, ATM issued cards (Visa, verve and Mastercard), online quick teller, ATM payment, quick teller mobile application and Bank Branch case/card”, he said.

Oloyede said years ago, the understanding was that only serving Vice-Chancellors were made chairmen of Governing Board of JAMB.

While appealing that government should go back to the practice from inception, Oloyede added that since the agency is a creation of the Committee of Vice-Chancellors, it would only be proper for them to be clearly recognised as active stakeholders to avoid any acrimony between tertiary institutions and JAMB.

He believed that going back to the old practices would “engender good synergies and harmonious relationship with a view to effectively delivering on its mandates.”

He said, “This practice which promoted harmony and quality inputs on the Board’s matriculation activities have since been forgotten or neglected. The appointment of the chairman of the Board could be restricted to only heads of tertiary institutions in Nigeria perhaps in rotational basis among the Vice-Chancellor of Universities, Rectors of Polytechnics, Monotechnics and Provosts of Colleges of Education.