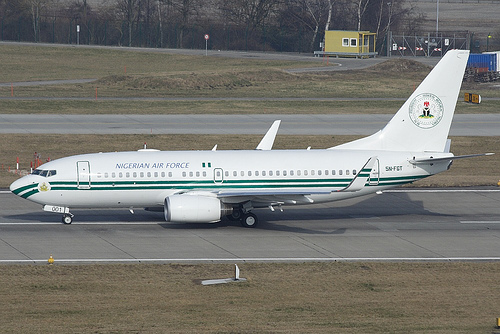 A Falcon 7x and Hawker 4000 are the aircraft to be disposed, according to an advert placed in a national daily, reports TheCable Online Newspaper.

According to the ad, Interested buyers were asked to inspect the Falcon at the presidential wing of the Nnamdi Azikiwe International, Airport, Abuja, and the Hawker at Cessna Zurich Citation Service Centre, Zurich, Switzerland.

The office of the national security adviser (NSA), which is in charge of the sale, said all bids should be quoted in US dollars.

The number of the aircraft in the presidential fleet has been a subject of discussion, with critics lamenting the cost of maintaining them in a period of economic crisis.

In September, Garba Shehu, senior special assistant to the president on media and publicity, hinted that the aircraft in the fleet would soon be reduced.

“There is a govt committee already in place, working to reduce the number of aircraft in the Presidential fleet,” he also wrote on Twitter.

Senators Agree To Donate N300,000 Each To Starving IDP’s In The Northeast