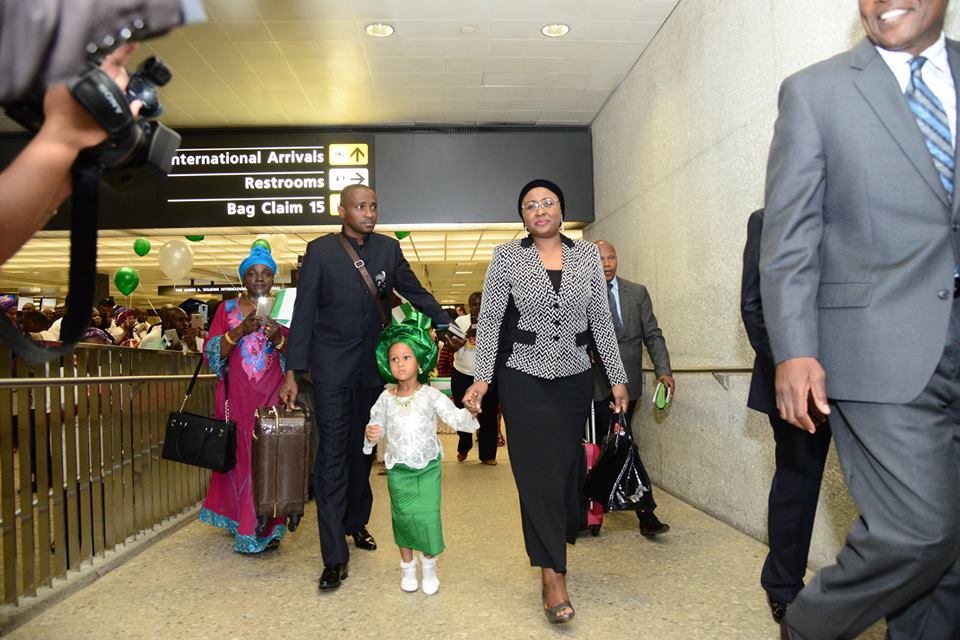 The Peoples Democratic Party (PDP) in Ekiti State has described the comments by the State chapter of All Progressives Congress (APC), on the visit of the Wife of the President, Mrs Aisha Buhari to the United States of America (USA), as a function of total ignorance and mischief, saying, “Even the Presidency has not told anyone that wife of the President travelled to the USA and in official communications, only ignorant and mischief makers in the APC will belief that a trip to the USA will be made by Mrs Buhari and Nigerians will only get to know about it through online media.”

The PDP, which said it would have ignored the APC and allowed those in the party to continue to wallop in their self-deceit, added that “it is only in the world of the APC that wife of the President of Nigeria, the most populous black nation in the world would travel to the USA, ostensibly to debunk her involvement in a major scam and no television station will report her departure and arrival. The question is, did she travel to USA or Qatar?”

In a statement issued on Monday by the State Publicity Secretary of the PDP, Mr Jackson Adebayo, the party said, “If the Presidency has not been bold enough to tell Nigerians that Mrs Aisha Buhari travelled to the USA on official visit, only a party of scammers like the APC will go on the rooftops to celebrate photoshoped pictures as evidence of visit to USA.” The party said “it is strange that wife of the President of Nigeria could travel to the USA and purportedly attended events there without international television stations like CNN, Al jazeera, BBC, Sky News etc and local stations like Channels TV, NTA, AIT and others reporting it. Or are they still ‘editing’ the video clips?”

While casting doubt at the purported trip, the PDP said: “Even if Mrs Aisha Buhari actually travelled to the USA, does that erase the fact that in the judgment delivered by the United State District Court, Eastern District of Virginia, Alexandria Division, USA, in criminal No 1: 07CR209, that indicted the USA Congressman, Williams Jefferson, it was mentioned that $170,000 was transferred from account in Nigeria in the name of Aisha Buhari to an account in the name of The ANJ Group, LLC, identifying William Jefferson as beneficiary?”

The statement read further; “As a party of responsible and discerning minds, the PDP in Ekiti State would have elected to ignore the APC and allow the party the freedom to advertise it idiocy. This is more so that the matter is now a subject of litigation and the no one has denied the existence of the judgment that indicted Williams Jefferson and featured conspicuously at page 22, the name of Aisha Buhari as having transferred $170,000 from account in Nigeria to William Jefferson.

“Most importantly, Nigerians have witnessed more heinous forgeries from the APC, one of them being pictorial claim that President Buhari (as APC presidential candidate then) had an interview with Kemi Fadojutimi on ‘All Eyes on Africa’ TV show in London, whereas the interview was held in Transcorp Hilton Hotel, Abuja. “However, it is important to point out that from all evidences, the pictures circulated as arrival of President Buhari’s wife at Dulles International Airport, Washington DC could have been taken at the Doha International Airport, Qatar. Even on the official website of George Mason University and US Institute of Peace, USA where the president’s was said to have attended events, there is nothing to show that she attended any event in the two institutions.

“We have seen pictures of Wife of the Senate President, Toyin Saraki with President Barrack Obama’s wife, Michelle. We also saw pictures of Mrs Patience Jonathan with Michelle Obama when she visited the USA. “Where are Aisha Buhari’s pictures with the First Lady of USA and major government officials from the country? Or could she have arrived and departed from the USA like a spirit?

“It is even more important that nothing official has been said about the purported trip. Not from the President’s spokespersons,” argued the Ekiti PDP.