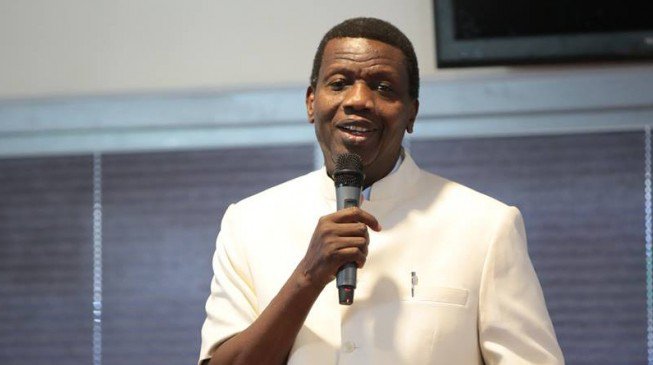 Enoch Adeboye, general overseer of the Redeemed Christian Church of God (RCCG), has advised youths of the church against marrying girls who are weak in prayers.

In a viral video being circulated online, Adeboye told young people at the ongoing annual convention of the church that a girl must be able to pray non-stop for at least an hour before being considered for marriage.

He also advised members of the church not to marry lazy girls or girls who cannot cook.

“Marry a prayer warrior! Any girl who cannot pray for one hour non-stop, don’t marry her,” he said.

“Don’t marry a girl who is lazy! You pay her family a surprise visit, and you see how she is doing… If she is lazy when she is single, what would happen if she is married?

“Don’t marry a girl who cannot cook, she needs to know how to do chores and cook because you cannot afford to be eating out all the time. Don’t marry a girl, who is worldly, if you do, you have carried what you will worship for the rest of your life.

“Don’t forget what I am telling you. It’s very important. There are those who I have advised before but ignored my advice. They later came back to me and said: ‘You warned us’. I am warning you now.”

Adeboye also advised Redeemed members not to marry from other churches, and warned pastors against keeping beards.

“Don’t ever marry outside the church and you have no reason to marry outside RCCG. The reason is that if you are both from the same church even when trouble comes it is easier for the pastors to handle it,” he said.

“I don’t want to see any of my pastors looking like fellows from the training camps of Al Qaeda. Any elderly person who cannot show the noble journey for the youth in terms of dressing is not worthy to be described as an elder.

“The youth don’t respect an elder that looks like them. You are supposed to be their guiding light after they have fooled around. Pastors should be clean shaven at all times and must not in any way grow beards that will portray them as persons of different persuasion.”