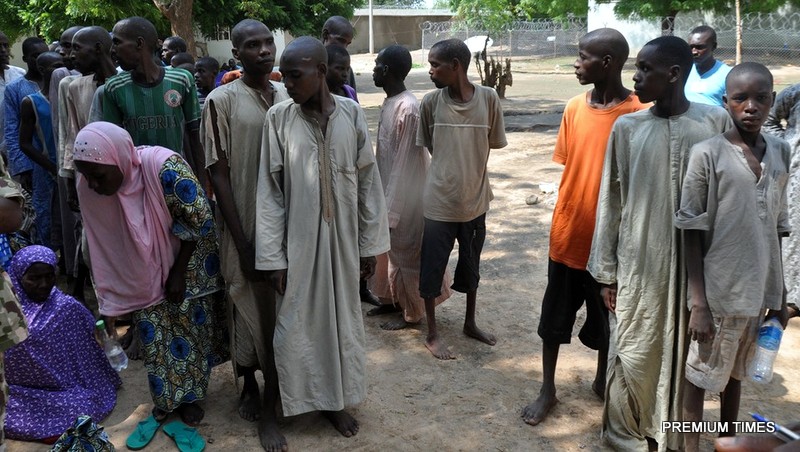 The National Emergency Management Agency, NEMA, says it has presented relief items to a group of 800 former Boko Haram members who recently denounced their membership of the group.

The repentant insurgents are currently camped at a military-controlled facility known as Safe Corridor in Gombe State where they are undergoing rehabilitation and de-radicalisation programmes.

NEMA’s director general, Muhammad Sani Sidi, who led other officials to present food and non-food items to the former insurgents, said such handouts would be given every three months, according to a statement released by the agency.

“The food and non-food items was presented to the military for Operation Safe Corridor Programme meant to de-radicalize, rehabilitate and re-integrate eight hundred (800) repented and surrendered Boko Haram insurgents to fast track peace process in the North east

According to the statement, NEMA’s DG said; “The initiative, which is in line with international best practices allowed those engaged in the fighting to voluntarily surrender and embrace peace so that they undergo rehabilitation’’.

B. M. Shafa,a brigadier general, who coordinates Operation Safe Corridor, said the initiative was designed to de-radicalize, rehabilitate and re-integrate willing and repented Boko Haram insurgents who have come out to surrender to the military, saying the move would quicken the peace process in the North east.

“Between September last year and February this year a good number of Boko haram have come out to surrender,” he added.
He thanked the Gombe State Government for providing the location and giving them all the necessary support.

Enoch Adeboye: If A Girl Cannot Pray For One Hour, Don’t Marry Her; Dont Marry Outside RCCG