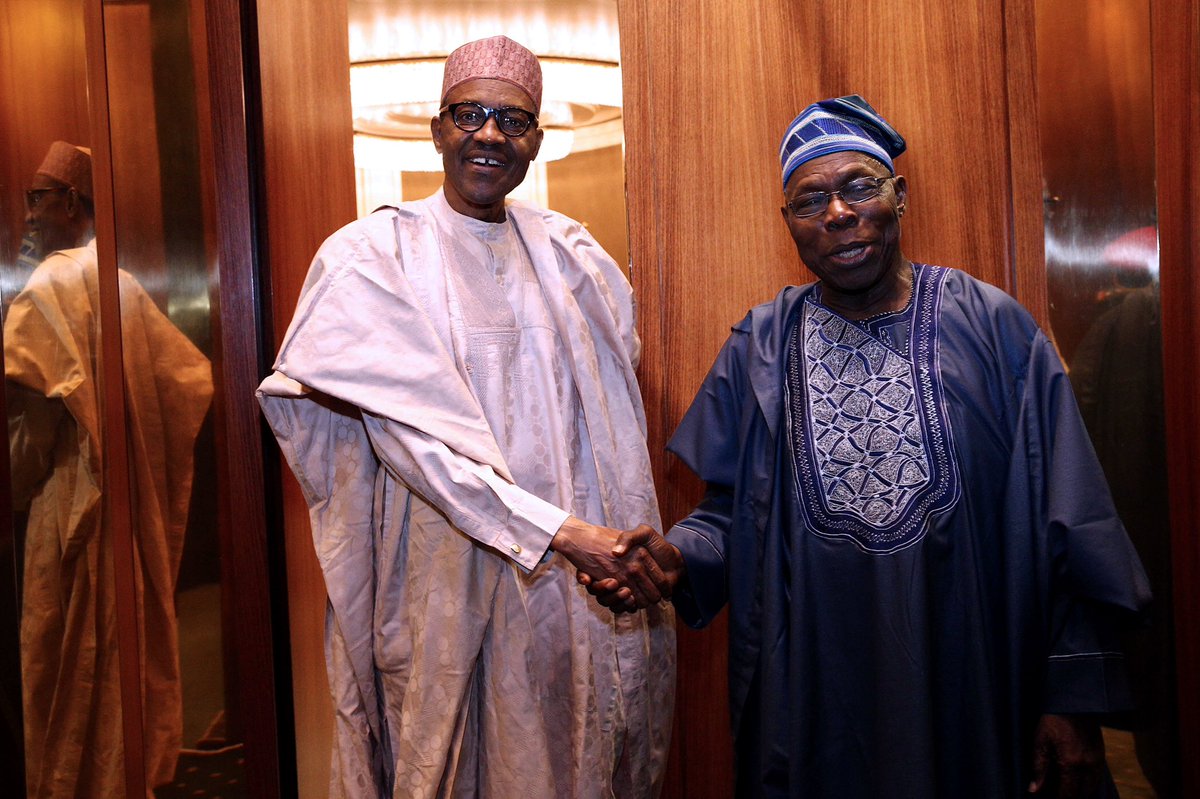 The former President, Olusegun Obasanjo, has waded into the controversy over the allegation of budget padding by the leadership of the House of Representatives, and has called for the investigation of the lawmakers.

The former president made his position known to journalists after meeting with President Muhammadu Buhari, whom he advised to be careful with the lawmakers.

Obasanjo said that the allegations buttressed his statement that the National Assembly is made up of a bunch of corrupt lawmakers.

A member of the House of Representatives and former Chairman of the House Committee on Appropriation, Hon. Abdulmumuni Jibrin had accused the House principal officers, including the Speaker, Mr. Yakubu Dogara, of having attempted to pad the 2016 budget with 40 billion Naira constituency projects.

Meanwhile, Jibrin, continued his series of revelations on the fraud and corruption perpetuated by Yakubu Dogara.

In a statement made available to NewsWireNGR, the lawmaker alleged that Dogara frequently solicits for inappropriate favours from agencies and multinational companies.
According to Jibrin, Speaker Dogara forced an agency to grant loans and also blackmailed a construction company to do some work at his Asokoro ‘plot’. Jibrin alsoo accused Dogara of perpetuating a monumental fraud which has led to his refusal to release details of financial dealings and internal budget of the House.

The lawmaker insists there is more, and further revelations will be made in due course.