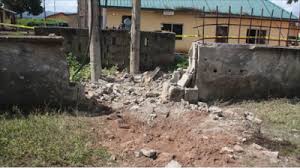 The Civil Defence, Fire, Immigration and Prisons Services Board (CDFIPB) and the Controller-General, Nigeria Prisons Service (NPS), have approved the suspension of 14 members of staff of the prisons as a result of the escape of two high profile inmates, Solomon Amodu and Maxwell Ajukwu, from the Kuje Medium Security Prison on June 24, 2016.

Both prisoners are standing trial for culpable homicide.

He said the suspension was sequel to the outcome of the preliminary investigation into the incident, adding that the step was necessary to allow unhindered trial.

“The commissioned officers among them are to be served letters of query while the junior staff will be given Form 96 (Charge Sheet) to explain their roles in the unfortunate saga,” Enobore said.

He said efforts to recapture the fleeing prisoners were on in collaboration with sister security agencies.

After 31 Years In Service, Retired AIG Mbu Pulled Out Of Police Force