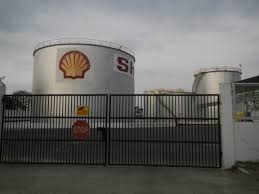 Nigeria’s crude oil export dipped further by 130,000 barrels per day, as operators yesterday said the Trans Niger Pipeline, TNP, operated by Shell Nigeria, has been shut down after a leak was discovered on the pipeline.

The operator, who chose not to be named, said a memo was sent out to participants in the TNP, that the pipeline was expected to be shut down for at least a week. The shutdown would see a deferment of about 130,000 barrels per day crude oil export, which would cost Nigeria about $6.716 million, an equivalent of N1.343 billion daily.

This was even as another operator said the Nembe Creek Trunk Line, NCTL, carrying Bonny Light crude oil to the export terminal has been reopened.

The operator said the pipeline which was shut down last month by the operator, Aiteo, has been repaired and is operating again. Sources said that Bonny Light production from the Aiteo field was also ramping up after the pipeline restart.

The Trans Niger Pipeline (TNP), according to Shell, transports around 180,000 barrels of crude oil per day to the Bonny Export Terminal and is part of the gas liquids evacuation infrastructure, critical for continued domestic power generation (Afam VI power plant) and liquefied gas exportsShell said the TNP loopline project created an alternative route to avoid sabotage, bypassing areas where theft and illegal refining was common.