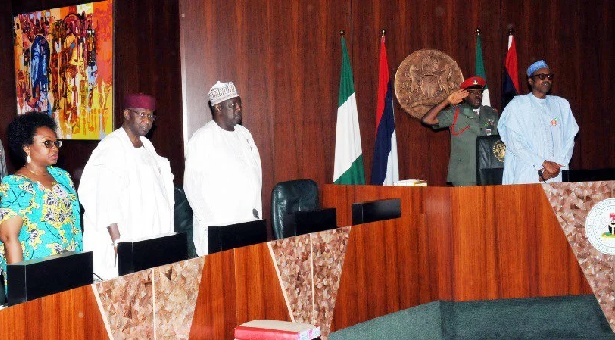 The Federal Executive Council (FEC) has approved 34 strategic priority projects to be implemented with the 2016 Budget.

The priority projects were contained in a document presented by the Ministry of Budget and National Planning to the Council presided over by Vice-President Yemi Osinbajo.

Briefing State House correspondents at the end of the meeting, the Minister of State for Budget and National Planning, Zainab Ahmed, says the government was expecting a final copy of the 2016 Budget from the National Assembly for the President’s assent today or tomorrow.

The 34 priority projects are grouped into four broad objectives including security/policy governance, diversification of economy, succour for vulnerable? Nigerians and relating the economy through investments.