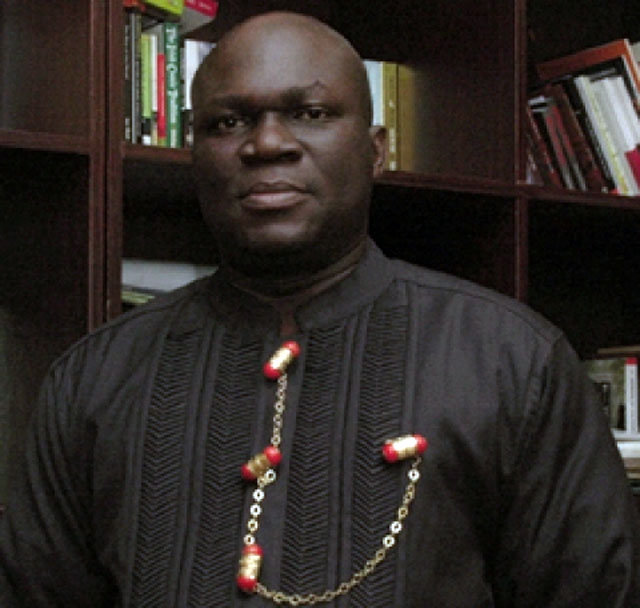 What Senator Biodun Olujimi (PDP, Ekiti South) did with her presentation of a bill on gender and equal opportunities on March 15, is the equivalent of trying one’s luck. But she deserves praise for her courage and progressive views, and for forcing the issue so well. The subject has generated useful debate and the Senate President has been forced to reassure the public that the bill will be re-presented, after it has been re-drafted “to address some of the reservations that were expressed on the floor of the Senate.”

This is the third time that the Senate will throw out this same bill.  Senate President Bukola Saraki knows too well that to address the expressed reservations is to kill the bill completely. There may be no hope of a misogynistic Senate passing a Bill that seeks to empower women and the girl-child, protect them from discrimination and violence, rescue them from being treated like chattel, and ensure that women play more prominent roles in public and private decision-making processes.  The Bill further seeks to protect the rights of women in marriages.

It should not be surprising that the male-dominated Senate (102 men to 7 women) rose against the Bill. A few male voices supported Senator Olujimi, but those against the Bill were determined. They quoted the Bible. They cited the Quoran. They dismissed any thought of women having more powers or voice or being treated like equals to men. They even cited culture and tradition. One newspaper stated matter of factly, that Senator Olujimi “incurred the wrath of Northern Senators”.  When the matter was put to a vote, the naysayers of course won. So, given the gender imbalance in the Senate and the shortage of enlightened men on the floor, if that Bill is presented a thousand times, the outcome is predictable. It is perhaps for this reason that a different kind of strategy will be required to make any progress in the important fight for the treatment of women’s rights as human rights.

Nigeria is signatory to different international conventions on the elimination of all forms of violence and discrimination against women. The Constitution also forbids discrimination against any person on the grounds of gender and circumstances of birth. Long before the internationalization of the struggle for women’s rights and its NGO-nization, there have been records of valiant Nigerian women pushing the envelope and demonstrating through advocacy and individual accomplishments that women are capable partners in society’s development, and that they deserve full citizenship rights.

But just as was demonstrated again on the floor of the Senate, religion, culture and male chauvinism are major stumbling blocks. Even some of the most educated men around cannot stand the idea of women being given more opportunities. Those male Senators who shot down the Olujimi Bill must have been wondering what gave her the effrontery to suggest that men and women should begin to share power and opportunities as equals. The man who led the assault against the bill and who reportedly later celebrated the victory is actually the same man who was once publicly upbraided for marrying a 13-year old girl, a girl about the age of his granddaughter! In that same Senate, one of the members while declaring his assets sometimes last year, listed his two wives as part of his assets!

A gender and equal opportunities Bill should help provide stronger legislative framework for protecting women from all forms of discrimination, but legislative intervention may well not be enough. The real battle-field is in the identified areas of religion, culture and tradition, and the absence of political will to enforce relevant laws that promote social justice. Societies don’t just move from one level of enlightenment to the other: leadership is required. But as it is, Nigeria has leaders who are male chauvinists, whose attachment to culture and religion prevents them from understanding the true meaning of human rights.  This is why it seems so difficult to convince Nigerian patriarchs that certain religious and cultural practices simply do not make sense.

What kind of culture or tradition allows a man to marry a child, for example?  What kind of tradition recommends that a widow should be humiliated and subjected to inhuman practices in 2016?  In some communities in the East, a woman cannot taste the new yam of the season as they call it.  Men must taste it first. Among Igbos, even the most enlightened man will not allow a woman break kolanut in a gathering of men. Leviration is still practised in some Nigerian communities.  One year after the millennial deadline on gender equality, there are still families in Nigeria where the girl-child is considered fit only for marriage, and so when male children are sent to school, the girls are asked to hawk wares, until they are ripe enough to be married off. In other places, wives cannot inherit their husbands’ estates, and daughters are disinherited on the basis of gender. Patterns of this discrimination against the female gender exist even in workplaces today, and significantly in politics. I recall the case of one of these banks, which once instructed female employees not to get pregnant, within the first year of employment! And in politics, women are organized as separate groups with someone called Woman Leader, whereas there is no such equivalent for men.

The manifold existence of constructive gender discrimination explains the speed and alacrity with which the gender and equal opportunity bill is always dismissed whenever it is brought up in the National Assembly. The advocacy for women empowerment and an end to gender discrimination is also severely limited. It is restricted to non-governmental organizations, and a few influential voices in society who understand the issues, attend international conferences and who over the years have been organizing workshops and rallies to conscientize political, religious and traditional leaders.  But this has not quite helped, and this may well be because the majority of the core affected women are excluded from the campaign.

The Biodun Olujimis of Nigeria are not necessarily the ones seeking freedom from discrimination.  They can hold their own, they can negotiate power at many levels; the ones in need of help are the poor women and girl-children who are trapped under male domination, poor, disempowered, voiceless, and incapable of realizing their potentials to the fullest.  The ones in need of help are those poor widows who are humiliated by in-laws, the millions of girls who are out of school just because they are female, the under-aged girls who are married off to old men, against their wish, and the army of dispossessed women whose lives have been condemned to a routine of raising children, fetching water and working on the farm.

These victims themselves need to be mobilized into the struggle for the full recognition of the human rights of women.  They need to be given a voice.  It is not a task for NGOs alone. The struggle must become more inclusive. We have Ministers and Commissioners in charge of women affairs and social development.  They are busy travelling from one international workshop to the other. Such a department of government can do a lot more. To get Nigerian men to respect the human rights of women, the womenfolk must work together and support each other, and develop the kind of advocacy that was defeated last Tuesday into a sustainable, organized movement.  The tone of the advocacy should also change: too often, gender and equal opportunity issues are presented as pleas, as if women are seeking favour and understanding from the men: please-give-us-more-powers, allow-us-to-also-exercise-authority; we-want-more-women-in-government. For as long as the language of negotiation sounds that beggarly, not much progress can be made.  Nothing short of an organized women’s movement around the core issues is what is required.

In the long run, education is probably the best policy option. Every child must go to school and no child should be allowed to be an artisan until after secondary school education.  Once upon a time in this country, the social welfare department used to arrest any child found on the streets during school hours. The disparity in the education of men and women in Nigeria is alarming, given the fact that women constitute about 50% of the national population. The school drop-out rate for the girl-child is as high as 44%! There are extant laws, which prescribe punishment for parents who keep their children out of school; such laws must be enforced. State governments should vigorously promote education at all levels.

Education is the strongest weapon for liberating people from the clutches of harmful religious and traditional practices. Education in this regard means being enlightened enough to know what parts of religion and tradition are humane and progressive. Even where these prove resilient on the basis of social legitimacy, the truth is that it will be difficult to maltreat a woman who is fully aware of her rights. The Senators opposing gender equality and rights would never allow their own daughters to be exposed to any form of indignity. They quote culture and religion out of sheer hypocrisy. Their reliance on the Holy Books to justify the inferiorization of women as the weaker sex is dubious.

Successful women should be prepared to support other women. More women should take interest in politics, and seek political power at all levels. Nigerian women must get into the arena and seek decision-making positions, to enable them influence and implement policies.  Let Nigerian women form their own political parties and contest the public space with the misogynists. The women’s movement in Nigeria has lost its steam. Some Nigerian women are involved in partisan politics but they either end up behaving like the men, or they claim they are technocrats with no interest in feminist matters. They reinforce stereotypes and even work against the interest of other women seeking progress. Such women cannot lead the struggle; new recruits and role models are needed. To give meaning and bite to Senator Olujimi’s kind of intervention, progressive Nigerian women must unite and re-organize.

Elnathan John: How To Travel Through Africa With A Nigerian Passport

Why Nigerians Are Special By Reuben Abati