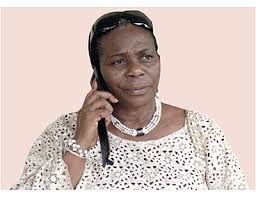 Deputy Minority Whip of the Senate, Senator Biodun Olujimi, Peoples Democratic Party, PDP, Ekiti South has described comments by President Muhammadu Buhari that the wife, Aisha belongs to the Kitchen as a wake up call for women in the country.

In a statement issued, Senator Olujimi while responding to President Buhari’s comment said, “the statement is in very bad taste especially that it was said beside one of the most powerful women in the world. “It is an x-ray of the soul.

“We thank God that women have seen better leaders. By the way, we will not be daunted in our resolve to better our situation. It’s wake up call for us.”