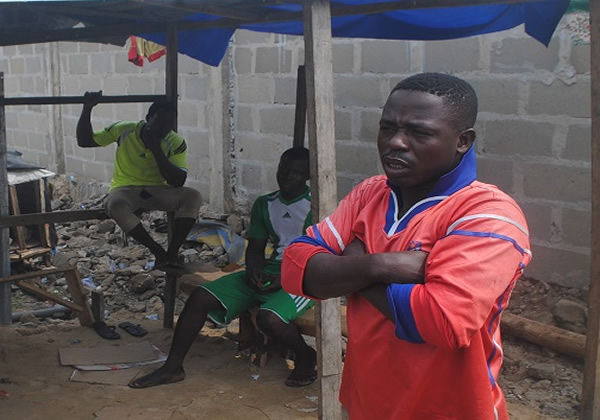 Punch Newspaper is reporting that Friends of Yunusa, the 18-year-old man that whisked 14-year-old Ese Oruru away to Kano from Yenagoa, the Bayelsa State capital, have appealed to the Federal Government to forgive their workmate.

Yunusa’s friends, who were seen around the stall on Michael Street, Opolu, where they usually gather before and after everyday’s work, described the action of the Kano-born commercial tricycle operator as condemnable.

One of Yunusa’s close friends, Ibrahim Mohammed, who said he was not aware that his friend had planned to elope with Ese, urged government to consider Yunusa’s age (18), warn him and allow him to go.

Mohammed explained that all of them, together with Yunusa, usually bought food from Ese’s mother and had noticed that his friend and Ese were in good terms.

“We always buy food from Ese’s mother and I know that Yunusa and Ese are friends, but I never knew that Yunusa was planning to take her to Kano.

Similarly, Sani Adamu, who told Saturday PUNCH that he had once worked with Yunusa as a loader, described his friend as an easy-going fellow, adding that nobody would have agreed that he (Yunusa) could kidnap a girl and take her to Kano.

Adamu added that since Yunusa must have learnt a lesson from the entire saga, the best option was for the government and Ese’s parents to pardon him.

“Yunusa did a bad thing because a good person will not carry this girl to Kano without telling her parents. If you want to marry a woman, the first thing you do is to inform the parents. I know Yinusa; we work together as loaders.

“We also ride on the road (operate commercial tricycle) and do other small jobs (menial). Yunusa has been here in Yenagoa for six years. He is 18 years old. I appeal to government to forget this matter and forgive Yunusa, my friend. We are both from Kano, but we are not from the same village,” he said.

Another close ally to Yunusa, Mohammed Zakari, told our correspondent that he would not have committed the same crime like his friend because he already had a wife.

Zakari said, “Yellow’s (Yinusa) village and my village are not the same; we are not from the same village. You pay N30 for transportation from my village before you can get to Yellow’s village. I have no girlfriend and will not have committed the same crime Yunusa committed.

“I am 25 years old and I am married. What Yinusa did is not good and ordinarily, I would have said government should do to him whatever they wish, but I want government to forgive him.”