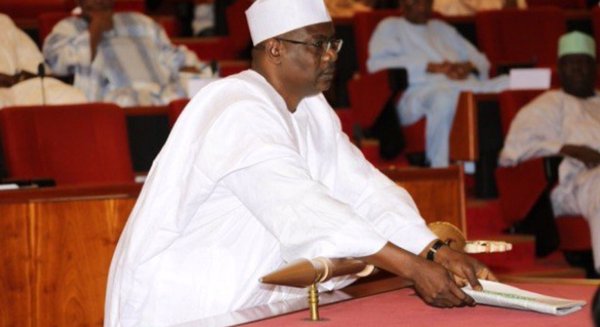 Senate Leader, Ali Ndume, on Monday admitted that the 2016 budget of the federal government was hastily put together.

After a meeting with President Buhari, the Senate Leader revealed to State House correspondents at the Presidential Villa, that the document was rushed before submission to the National Assembly.

Ali Ndume however, said the Executive and the Legislature are ‘collectively’ examining the budget to sort out the issues that have cropped up.

“The matter is not about a date. If we can finish it today, we will hand it over for signature tomorrow. In those days, we just pass budgets that are normally not implemented. This is the first time we are doing a budget that the President is looking forward to implement.”

“This budget was done in a rush and you know there are some issues that are cropping up. It is no longer going to be business as usual. So, those unusual things, if detected, we will work on them. It is not as if we are holding on to the budget. We are working collectively.”

“There are issues that are really on ground. One is the budget. We also have two bills before the Senate that we need to start working on when we resume tomorrow. The Money Laundering Bill and the Criminal Information Sharing Bill.”

“There are issues other than those ones that are really on ground. This is how we are supposed to be doing it earlier. That is, coming into the Villa to consult and guide the proceedings in the Senate appropriately. Other than that, I don’t want you to see it as an unusual visit. I will be doing this often because this is how it is supposed to be.”

“Again, I normally consult with the President on a personal basis long before he became the President, so it is not unusual.”