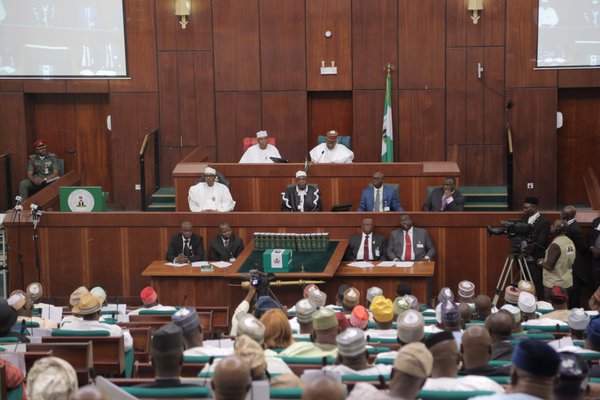 President Muhammadu Buhari sacked the former Director-General for the Budget Mr. Yahaya Gusau, announced today in a press release from his Senior Special Adviser for Media and Publicity Femi Adesina. The press statement issued by Mr. Adesina expressly states that the new appointment is connected to “officials responsible for budget scandal.”

The chairman, Senate Committee on Appropriation, Danjuma Goje, (APC-Gombe State), and his House of Representatives counterpart, Abdulmumin Jibrin (APC-Kano), last week said the suspension of the budget was necessary to enable the National Assembly carry out “proper clean-up” of the budget.

A senior presidency official blamed “budget mafia” for the controversial contents, in reference to civil servants responsible for preparing the budget, which clearly shows the President didn’t read the budget summary, because if had, some of the embarrasing outing should have been avoided .

Additionally, President Buhari approved the appointment of Mr. Ben Ifeanyi Akabueze as the Special Adviser on Planning to the Minister of Budget and National Planning. .

The full press release can be found below:

President Muhammadu Buhari has approved the appointment of Mr. Tijjani Mohammed Abdullahi as the Director-General (Budget).

Mr. Abdullahi, a fellow of the Certified National Accountants of Nigeria, and a banker of repute with experience in managing public finance, will replace the current Director-General (Budget), Mr. Yahaya Gusau.

The new Director-General (Budget) is expected to work with the Minister of Budget and National Planning to efficiently deliver on the mandates of the Budget Office of the Federation.

President Buhari has also approved the appointment of Mr Ben Ifeanyi Akabueze as the Special Adviser on Planning to the Minister of Budget and National Planning.

Mr Akabueze who is the immediate past Commissioner for Economic Planning and Budget in Lagos State, has worked in senior management positions in Citi Bank, Fidelity Bank, United Bank for Africa, NAL Merchant Bank, Sterling Bank and BIA Consulting Limited, among others.

Special Adviser to the President

Senate Leader, Ali Ndume Says The 2016 Budget Of Change “Was Done In A Rush”

Breaking: Nigeria’s Naira Weakened To A Record Low, Hits 345 To The Dollar