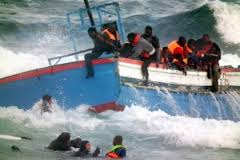 Three more people have died from among the 13 persons earlier reported rescued in a boat accident that occurred Saturday morning along the Lagos waterways.

They reportedly died at the General Hospital Ijede where they were rushed to by rescue and emergency officials. This now bring to about seven persons that died in the accident.

Four persons were confirmed dead and 13 others rescued earlier on Saturday.? The mishap occurred at the Badore area of Lagos at about 10.15am. And was said to have been caused by a submerged log which the boat ran over.

The boat carrying 17 passengers was said to be coming from Ijede in the Ikorodu area of the state and was heading to Badore when the accident occurred.

Aside the log which the boat ran over, the boat boy was said to be inexperienced and over speeding.

Ibrahim Farinloye, Public Relations Officer (PRO) of NEMA in the South-West Reguon, who confirmed the incident said 17 person were on-board the ill-fated boat.

“NEMA can confirm that a boat capsized at Badore on Saturday morning. It was coming from Ijede with 17 passengers on board.

“Thirteen persons were rescued while four bodies were recovered. Those rescued were treated and allowed to go,” he said.

In An Operation That Lasted An Hour, B’Haram Killed Over 100, Properties Destroyed In Dalori, Borno