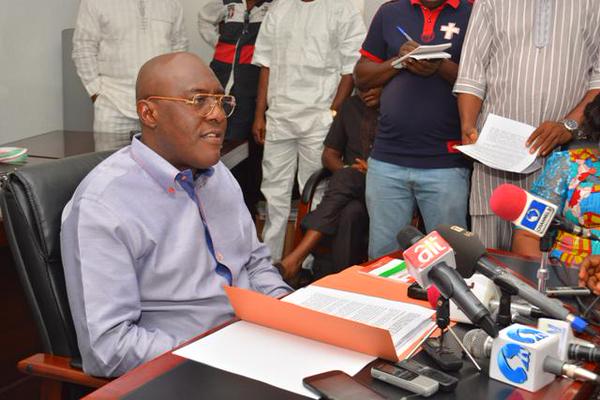 The National Publicity Secretary of the Peoples Democratic Party, PDP, Mr Olisa Metuh has accused the Federal Government of a desperate plot to silence him.

Addressing the press on Tuesday, Metuh said “on account of recent information available to me, I now have cause to believe that the Federal Government is desperate and may have finalized plans to silence me.”

He said “As someone who has been a private person, having not taken any public office, the choice of where, how and when to invest and conduct my personal business remains my prerogative. In this regard, I note that I never had any contract dealings with the immediate past Federal Government or any of its security apparatus.

Hinting at what may be the source of his alarm without giving details, Metuh said, “In the course of my duties as the National Publicity Secretary of our party, the then leader of our party and President of the Federal Republic of Nigeria invited me and directed that I carry out some assignment relating to my office and which he duly funded. It is important to note that the former President was fully satisfied with the way and manner I handled the assignment.

He said s opposition spokesperson, in the last seven months, he has been hounded, harassed, intimidated and threatened severally.

Metuh urged the present government not use the apparatus of state power to settle personal scores.

Arms Scandal: Nigerian Blogger, Linda Ikeji Says “I Did Not Collect N240m From Dasuki Or PDP”