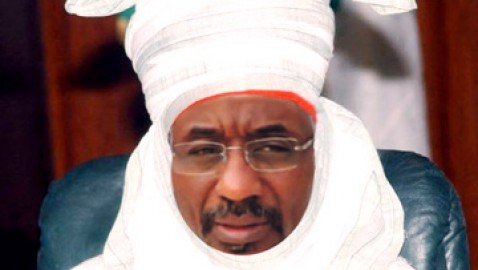 Emir of Kano, Muhammad Sanusi II has debunk the allegations that he donated the sum of N40bn in cash to the Office of the National Security Adviser, ONSA, during his tenure as Governor of the Central Bank of Nigeria, CBN.

Sanusi, while speaking with The Cable yesterday said: “This is completely untrue. In the first place, I understand the laws of money laundering. And it is a criminal offence. The central bank is the chief regulator charged with ensuring we put an end to money laundering. “

“This is partly why we started our cashless Nigeria project and why I started the BVN project. I would never authorise that amount of cash to be moved to the Office of the NSA or to anyone even if it was in their account.”

The former CBN governor further described the report that the Economic and Financial Crimes Commission, EFCC, are considering questioning him over the alleged disbursements as totally false.

He said, “I do not know where they are getting these strange stories. I was removed from the CBN in February 2014, and to the best of my knowledge, the EFCC is probing disbursements allegedly made in late 2014 and early 2015 before the general elections, if indeed they happened.

“I find it difficult to believe that this could happen in the CBN that I know but we have to wait and see what the investigations come out with. Certainly whoever is linking me to this did not even bother to look at the dates of the alleged transactions. I know nothing about them, period.”

Sanusi said all interventions projects made by the CBN, while he was the head of the apex bank, were under its Corporate Social Responsibility, CSR, budgets.

“We never gave cash to anybody. If we did we disclosed it in published accounts under CSR. Our interventions, be this to educational institutions or security services, took the form of clearly identified projects or specified procurement, done through well laid-down procedures, including competitive bidding, award of contracts, and collection of no-objection certificate from the due process office. We did not give cash to anybody.

“The total amount disbursed by the CBN on capital projects in my five years was N55 billion. And this included contracts for CBN branches and our CSR interventions mainly in the universities and secondary schools. How can anyone suggest that we gave N40 billion to ONSA?,” the Emir queried.

The Severity Of Punishment Awaiting Dasuki, Others Will Make Them Jump Bail – EFCC