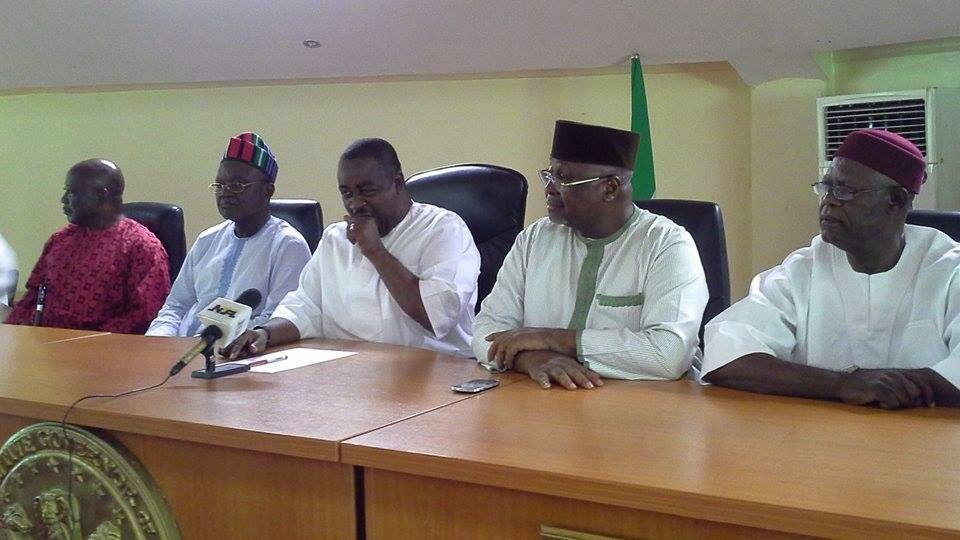 The arraignment of the former Benue State Governor, Mr Gabriel Suswam, by the Economic and Financial Crimes Commission (EFCC) for alleged money laundering and corruption charges has commenced at the Federal High Court in Abuja.

He was escorted into the court premises by officials of the anti-graft agency.

He is being arraigned before Justice A. R. Mohammed over a 9-count charge bordering on money laundering to the tune of 3.1 billion Naira.

Mr Suswam and his former Finance Commissioner, Mr Omodachi Okolobia, were alleged to have diverted the proceeds of the sale of shares owned by the Benue State Government and Benue Investment and Property Company Limited.

The offence is punishable under Section 15, Subsection 3 of the Money Laundering (Prohibition) Act as amended in 2012.

The EFCC had questioned both men lin October but released them on administrative bail.

Meanwhile, Governor Samuel Ortom of Benue State has asked Suswam to make certain cash refunds of missing monies to the state government’s coffers listing receipts from the sale of government shares at the Dangote Cement Company and that of Julius Berger which were not reflected in the state’s income and expenditure records.