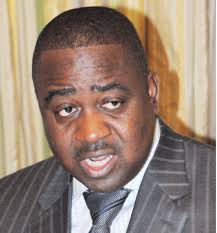 It was learnt that the anti-graft agency had on Monday October 2, 2015 filed a 9-count charge bordering on money laundering to the tune of N3.1billion at a Federal High Court, Abuja.

Suswam and his former Finance Commissioner, Omodachi Okolobia are alleged to have diverted proceeds of the sale of shares owned by the Benue State government and Benue Investment and Property Company Limited, EFCC sources hinted.

On 12th October the EFCC interrogated the ex- Benue State governor over allegations of financial crimes.

Also, the EFCC has filed fresh charges against former Head of Service of the Federation, Mr. Steve Oronsaye and five others before an Abuja Federal High Court.

Oronsaye was in July arraigned alongside Osarenkhoe Afe on a 24-count charge over alleged fraud and money laundering offences in the biometric data contract award to various companies during his tenure in 2010.