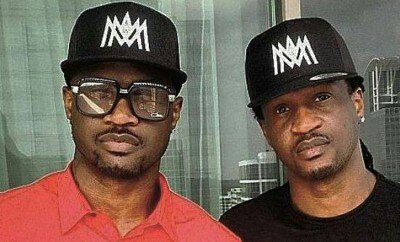 Peter and Paul Okoye, the famous Nigerian twins who together form of the most successful pop duo in the Nigerian entertainment industry, half brother of the duo speaks to Vanguard Newspaper in an interview.

Paul Okoye brags how no one can beat the Psquare brothers which is made up of his half twin, Peter Okoye..

According to Paul, P-square has no competition .

“There’s also this thing about P-Square; we take our career serious. It started as fun, but it became business, and later, it became about the fans. Yes, we’re superstars, but you’re not a superstar without super fans. We don’t have any competition; we only compete with ourselves. If you’re competing with P-Square, you’re wasting your time.”

He also announced that he will also be having his own reality television show just like his brother but his will be called ‘Sing With Paul’.