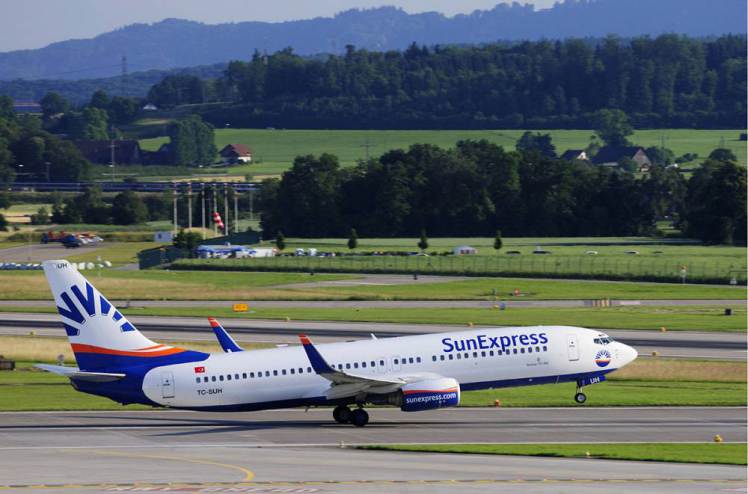 A pilot was forced to make an emergency landing after a drunk Irishman reportedly took off his clothes, swung his penis around and even demanding sex with a flight attendant.

The Sun Express reports that the flight from Dublin to Turkey was forced to land in Belgrade, Serbia due to altercations between the man and flight staff.

Fellow passengers reported that the man’s friends cheered him throughout the incident.

‘He insulted the crew and resisted the security guards. He even tried to physically attack our officers.

‘He was quickly overcome and detained until he sobered up.’

A police spokesman told MailOnline: ‘There was a girl who was so drunk that she was offering sex to airport employees.

‘The group were chanting and shouting. One could see that they were very drunk.

‘The girl even offered sex to police officers at the scene who were trying to calm the situation down. The girl is understood to have been arrested later.’

Sun Express confirmed that the emergency landing was caused by an ‘unruly passenger’.