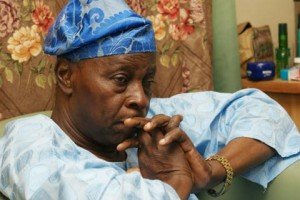 Barely two weeks after some fulani herdsmen attacked and kidnapped the former Secretary to the Government of the Federation SGF, Chief Olu Falae, some herdsmen have again destroyed the same farmland.

Over one kilometer plantation of maize was destroyed during the invasion at about 2am on Monday.

?Akhigbodemen said that the herdsmen arrived the farm with their cows and wrecked the havoc despite the horrible experience the workers and their boss had in the last two week sequel to their menace?.

He pointed out that ?effort by the guards to prevent the destruction of the farmland were rebuffed as they were threatened by the herdsmen until their cows grazed to their satisfaction.

The farm Manager said that the former Finance minister has reported the latest destruction to the state Police Command for necessary action.

Vanguard reports says following the complaint by Chief Falae, some detectives from the Special Anti Robbery Squad (SARS) ?were immediately deployed to the farm on Monday.

They reportedly combed the neighboring villages for the suspects but they were unable to make any arrest.