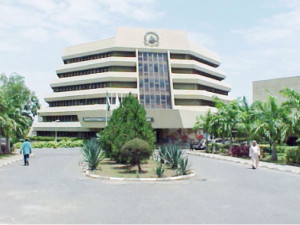 The National Universities Commission (NUC) has justified the abolition of Pass Degree from the grading and classification of degrees in the university system from 2006.

Under the policy, the minimum Cumulative Grade Point Average (CGPA) required by a student for graduation is 1.5.

Executive Secretary of NUC, Professor Julius Okojie, who spoke on Monday in Abuja at a one-day workshop on review of grading system in Nigerian universities, insisted that Pass Degree is no longer recognised.

He said: “It will be recalled that the commission abolished Pass Degree from the grading and classification of degrees in the university system in 2006. If you read any academic brief, do you find anything like pass honours? We have BA or BSc honours. Third Class in Civil Service in those days is a step lower and if a fellow gets a pass degree, where does he go to?”

Okojie further noted that even the employers of labour do not recognise pass degree, as minimum requirement placed in advertisement for recruitment is Third Class.

He, however, lamented the discrepancies in the grading system by the universities, stressing that there was the need to have a common platform that would be applicable to all universities both public and private in the country.

Okojie revealed that University of Ibadan has been using ‘7-Scale’ instead of ‘5-Scale’ that is the approved standard, saying “how would you compare them?

“Whereas the First Class honours is 4.5 and above. Obafemi Awolowo University, Ile-Ife, at some point was using 4.3 and went back to 4.5 and if you send transcript abroad, somebody will look at them as different issues. So we need a common platform,” he added.

He said: “Unfortunately, when the Benchmark Minimum Academic Standard (BMAS) documents were reviewed in 2007, the document did not take into consideration the technical implications of the policy, thereby allowing individual institutions and disciplines to implement the directive on the abolition of pass degree discretion.

“These systems have incontrovertibly introduced two systems of grading within the university system that have some technical implications on the grading of students,” he said.

The Executive Secretary, who also frowned on universities running three- semester system in Nigeria, said it was alien to the country’s university system.