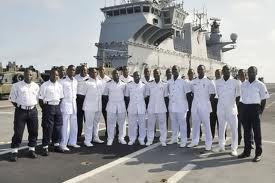 The Chief of the Naval Staff, Vice Admiral Ibok-EteIbas has approved the redeployment of 61 senior officers of flag ranks in the Nigerian Navy. The appointments affected 28 Rear Admirals and 33 Commodores.