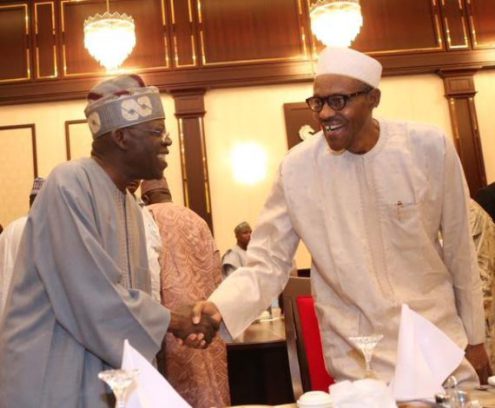 The decision of the loyalists of the defunct Congress for Progressive Change (CPC) in the All Progressives Congress (APC) to take complete hold of power in the current administration is the main reason behind the choice of the Secretary to the Government of the Federation(SGF) and the Chief of Staff to the President (CoS) made by President Muhammadu Buhari, sources close to the administration have revealed.

Investigations by Tribune Newspaper confirmed that other reasons behind the decision include the fear of the influence of some notable members of the APC as well as the need to weaken such influences ahead of the next election in 2019.

Sources in the polity have said that the president was wary of appointing anyone who could come under direct influence of powerful camps in the APC, including the camps of former Vice-President Atiku Abubakar and the party’s national leader, Senator Bola Ahmed Tinubu.

Sources informed Tribune that Buhari was actually looking for his own men as the SGF and CoS, such that he would be assured of having reduced the influence of powerful forces in his party.

A source said that the appointments were actually done with eyes on what happens between now and 2019, adding that the president was hopeful of leaving the government in the hands of “new breed of politicians” whom he would have groomed within the period of his presidency.

It was learnt that the appointment of David Lawal Babachir as the SGF was specifically targeted at Atiku, as it is believed that Babachir, who hails from the same Adamawa State as the former vice-president, would corner the influence from that axis.

It was gathered that going by the influence some of the powerful forces in the APC displayed in the buildup to the 2015 election, the Presidency was clear that such persons have the capacity to rubbish whatever achievements it could place on the table for Nigerians in 2019.

A source said that the need to cut some powerful forces to size in the APC informed the decision to drop the likes of former Governor of Anambra State, Senator Chris Ngige, who is considered to be close to Tinubu, while the same reason worked against Atiku in the choice of the SGF.

It was also gathered that the Villa is convinced that the camps of notable leaders including Atiku and Tinubu still have their eyes on the Presidency.

Said a source: “The whole appointments were done against the backdrop of what happens in 2019. There are fears that the camps of Atiku and Tinubu still hold enormous influence and that allowing them the control of the SGF may be counterproductive to the president.

“The truth is that the president may not be interested in a second term in office but he will certainly be interested in who succeeds him, looking at what his government is doing to tackle the [former President Goodluck] Jonathan administration currently.”
Sources said that the influence and ambition of such powerful individuals were taken into consideration in making the critical appointments.

It was further gathered that the political bloc of the CPC, which was formed by Buhari until the merger with other parties, is already moving to take over the control of key appointments to ensure its control of the levers of power beyond 2019.

A source said that “some strong leaders of the CPC group in APC are convincing the president on the need to produce a relatively unknown candidate in the next election and shock the old breed politicians who have so much power and influence to neutralise him.”

Another source said that the CPC camp had argued that whatever legacy or achievements the president records in four years could be rubbished by some of the powerful blocs in the party, going by the arsenal they deployed against Jonathan, adding that the president has been advised to reduce the influence of such forces.

Sources, however, further indicated that the shock that greeted the last appointment is not about to abate, as more shocks are said to await the political class.

According to sources, the president’s loyalists have convinced him on the need to continue to undercut the big-time politicians by bringing out relatively unknown persons.

“The shock that gripped the political class following the recent appointments is not about to abate. Minnows are to continue to emerge in order to continue to undercut the top flight politicians and also enhance the search for new breed politicians,” a source said.