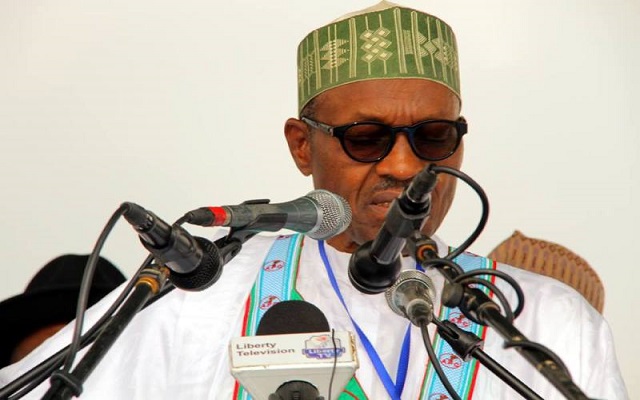 The National Association of Nigerian Students, NANS, has accused President Buhari of not fulfilling his ‘100 days in office’ promises which he made during his campaign. In a letter tagged “Let the change be realistic, not a mantra” signed by NANS Vice President on National Affairs, Comrade Timileyin Gbenga Ayenuro, the student body expressed its disappointment…
The National Association of Nigerian Students [NANS], the apex students’ body in Nigeria, expresses disappointment and worries over the non-fulfillment of the 100-day in office promises that President Muhammadu Buhari earlier made during the 2015 Presidential Election and the denial of such vows by the media machinery of The Presidency.

RECALL ON BUHARI’S PROMISES DURING CAMPAIGN
During Mohammadu Buhari’s Presidential campaign, it should be recalled that a public letter was published by the President titled, “My Covenant”. He made no fewer than thirteen promises to Nigerian in the document which are: Reduction of fuel price to N45 per liter; Subsidize oil price at $100 a barrel; pay the poorest 25 million people N5, 000 every month; guarantee 40,000 megawatts of electricity in four years; Post NYSC Stipends; provision of Free meal ticket per day for all Nigerian school children and also provision of three million jobs in his first year in office.

To the utmost surprise of every Nigerian students, President Muhammadu Buhari, has not only failed to deliver on his numerous “100-day in Office promises”, the president and his media machinery are intentionally and falsely, in the bid to cover the ineptitude of failing the “100-day integrity test” in the court of public opinion, denying these lofty promises made during the electioneering campaign.
Also, he promised to build four refineries in one year; provide free education to all Nigerian children, conquer Boko Haram in two months, payment of allowance to Graduate job seekers, Tackling Child Labour, Graduate Employment, Nationwide Environmental Sanitation Plan, No foreign Health Care for Government officials, 20% Education Budget, Just Farm, Government Buys Policy, Educating the Girl Child, An Independent EFCC and ICPC, Establishment of Office of Public Defender, Protecting Freedom of Speech, More Government spending on Health, Improving National Security, Prompt and stress free pension payment, Addressing Ethno Religious Tolerance, A fair deal with women and Corruption Free Election.

With the aforementioned lofty promises, Nigerians taught the change they expected had come. But amazingly, after 100 days in office, Buhari whom they described as ‘Baba Go Slow’ because of his sluggishness in executing government policies has not achieved any of the promises.

NIGERIANS EXPECTATIONS
Muhammadu Buhari should learn that Nigerians mean business and ready to see developments around the nooks and crannies of the country. Nigerians believe that terrorism will be a thing of the past, corruption will be a forgone issue. Nigerians believe that the new president should find a lasting solution to the backlog of unpaid salaries, perennial fuel scarcity, fuel subsidy regime, cost of governance, institutionalized corruption, insecurity, erratic power supply, poorly-developed education and all other human endeavors. The clock is ticking!

OUR TAKE ON RECENT APPOINTMENTS
Also, it is disheartening and perhaps, indicative of the direction the administration of President Buhari is heading with respect to the lopsided appointments made so far. He is just being driven by the passion to salvage a ‘perceived’ sinking state, irrespective of who is negatively affected. He needs to know that we have a federation that should be run through established laws. All the federating units must be part of the government to avoid unnecessary litigation against constitutional violations. There are still many more appointments to be made and Nigerians are watching to see what will happen.

IMPLEMENTATION OF NATIONAL CONFAB REPORT
Furthermore, we urge the Federal Government under the leadership of President Muhammadu Buhari to implement the recommendations contained in the National Conference report because it is the only way to solve Nigeria’s myriad of political and economic problems. Buhari must do whatever is necessary to ensure the
implementation of the confab report. The implementation will further re-launch and revamp the nation. Non- implementation of the report will amount to turning deaf ear to the voice of the people. Since governance is about people, government should do what the people want.
WORDS OF ENCOURGEMENT TO NIGERIANS
We still enjoin all well-meaning Nigerians to repose their faith in solemn assurance of a new, united, peaceful and prosperous Nigeria and join hands together with the Federal Government to re-invent governance, entrench freedom and democratic ethos, create jobs, eradicate poverty, build infrastructure, sustain businesses, secure lives and properties, re-enact the essence and value of peaceful co-existence among Nigerians and restore the lost glories, hopes, faith and confidence of our people under this current administration.