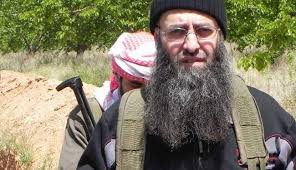 The Presidency yesterday cautioned against dragging the name of President Muhammadu Buhari into the controversy over how a leader of the Islamic State of Iraq and Syria (ISIS), Ahmed Al-Assir, got a Nigerian visa.

A presidential spokesman, Mallam Garba Shehu, said yesterday that the Ministry of Foreign Affairs, which has demanded a report from the Nigerian mission in Lebanon, should be allowed to carry out the assignment.

Shehu said it was mischievous to drag the person of President Muhammadu Buhari into how the ISIS chief secured the visa.

Al-Assir, said to be the Chief Imam of ISIS was arrested on August 15 at Beirut’s Rafik Hariri International Airport in Lebanon on his way to Nigeria through Egypt.

In spite of being on the watch-list of Lebanon’s security services since 2013, Al-Assir was detected while holding a fake Palestinian passport with the Nigerian visa.

The Lebanese government accused him of involvement in the death of 17 Lebanese soldiers.

He was also sentenced to death in absentia by a Lebanese court.

But how he beat the visa process at the Nigerian Embassy in Lebanon is creating ripples in security circles.

The Federal Government is said to be disturbed that Al-Assir succeeded in deceiving the Nigerian Immigration Service (NIS) and Embassy officials.

Although the suspect reportedly changed his identity and looks and presented superficial documents for visa, the government decided to probe the incident to ascertain that there was no internal collaboration at its mission.

Some security agencies, including the National Intelligence Agency (NIA), the Defence Intelligence Agency (DIA) and the Office of National Security Adviser (ONSA) and the Nigerian Immigration Service (NIS), will also be involved in the investigation to get to the root of the diplomatic challenge and how to avert a re-occurrence.

A source said: “As I talk to you, those at the nation’s embassy in Lebanon have been queried on how things went wrong.

“The embassy has been mandated to submit a comprehensive report to the Federal Government within 72 hours.

“The report is expected to cover how Al-Assir applied for visa, the documents submitted, what he claimed as his mission to Nigeria, the procedure adopted in verifying his claims; whether or not there was any collaboration with security agencies in Nigeria; and the timeline for the issuance of the visa.

“The government is also interested if the ISIS chief was questioned on where he would stay in Nigeria, his host and the duration of his trip.”

Another source added: “Besides the report, the security agencies will also look into the list of those granted visa in the last few months to ascertain whether ISIS members had covertly applied.

“We are worried because Boko Haram has pledged loyalty to ISIS. And the botched trip of Al-Assir is reawakening because it has confirmed Boko Haram’s claim.”

The Senior Special Assistant to the President on Media and Publicity, Mallam Garba Shehu, said: “The Ministry of Foreign Affairs has called for a full report on the case and it is investigating it.

“But it is mischievous for anyone to attempt to drag the person of President Muhammadu Buhari into the incident. The Buhari administration had nothing to do with the suspect or the supposed visit of the ISIS chief.

“Without prejudice to the ongoing investigation, it should be noted that Nigerian missions are to serve, they can adjudge an applicant for visa on the basis of documents presented to the Embassy. What is hidden in their heart, you will not know

“And for this applicant, we have read report of how he concealed his identity and wore a new look to get the visa.

“Since the Ministry of Foreign Affairs is looking into the matter, let us await the outcome of the investigation.”