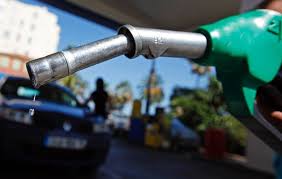 The Nigerian Bureau of Statistics (NBS) has revealed that premium motor spirit (PMS) was most expensive in oil-rich Bayelsa state for the month of July, reports TheCable.

Petrol, as PMS is loosely called, sold for on an average of N153 per litre in Bayelsa state in the month of July, N2 less than the average selling price for the month of June in the state, NBS said in its PMS price watch report for July.

The average price of one of Nigeria’s most sought after fuel, was lowest in densely populated Lagos and Kano state, where it sold for N92.

All the major oil producing states had an average selling price in the excess of three digits, except Edo state, where the commodity sold for N95 on the average. Petrol sold for N100, N107, N113 and N118 in Delta, Akwa Ibom, Rivers and Cross river state respectively.

The official pump price of PMS for the month of July was N87 per litre, a price not attained by any state of the federation for the month in review.

According to the NBS, the only state to have experienced an average selling price equal to the official selling price since PMS pump price was reduced to N87, was Adamawa state in March 2015.