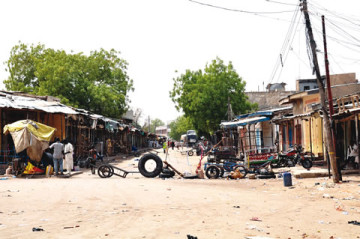 As the spate of killings in Barakin Ladi Local Government Area of Plateau State seems to defy solution, three travelers going to Barakin Ladi town were killed on Sunday by some gunmen and their body parts removed.

A source told Tribune Online that the travelers left Saminaka in Kaduna State at about 2:00 p.m. on Sunday in a private vehicle but were attacked by gunmen along Heipang and Kassa, a few metres to their destination.

The source further disclosed that the three occupants were ordered out of the vehicle and were shot at close range, adding that some vital parts of their bodies were removed before they threw the remaining in the bush.

A man who said that those killed were supposed to be his guests, Mallam Nuhu Yakubu, said he spoke with them shortly before they were killed, adding that one of them called him and handed the phone to one of the assailants who said the three of them would be killed despite his plea for mercy.

“I was speaking with one of them on phone and they told me they were between Hipang and Kasa. Later, one of them ‘flashed’ my phone and when I called back, Magaji picked the phone but a stranger collected the phone and told me that they would kill them. I asked them why and pleaded with them but they switched off the phone.”

According to him, he reported the matter at the police station in Barakin Ladi who swung into action to locate the victims. However, it took them some time before they could get to the place where the incident took place.

When contacted, the state Police Public Relations Officer, Emmanuel Abuh, confirmed the incident, saying bodies of the three travelers had been recovered close to the scene of the incident.

Abuh, who said police had stepped up investigation to get to the root of the incident, confirmed that some body parts of the victims were removed by the gunmen.