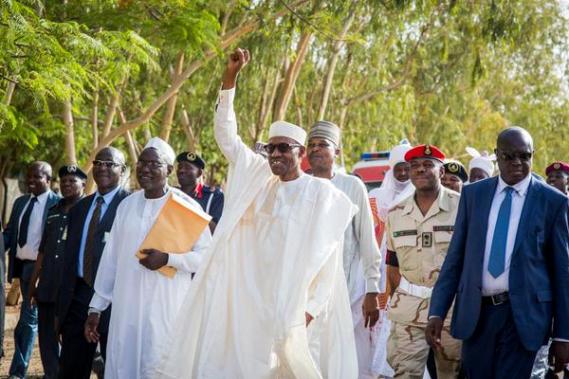 Senator Femi Okurounmu was in the National Assembly between 1999 and 2003 on the platform of the Alliance for Democracy (AD). A former Secretary-General of Afenifere, he was appointed the chairman, Presidential Advisory Committee on National Conference in 2013.

In this interview with KUNLE OLAYENI, of the Sun Newspaper, the elder statesman speaks on the raging controversy in the National Assembly, among others. Excerpts:

What are your expectations from President Buhari?

All those who surrounded him, who funded him, who carried him around are among the most corrupt in this country. So, he would first of all send them to jail, not minding who they are. When he has done that, I am sure this country would be one of the best in the world. Then, he can feel free to send every corrupt person to jail and nobody will complain. But if we take the example of when Umaru Yar’Adua was in office and the people having dinner with him every night were the Iboris and Odilis; they were always having dinner with him at the State House and they were the most corrupt people of the Obasanjo regime.

That has always been the problem of every president because it is the corrupt people who get you there and when you get there and you want to fight corruption, it means you have to first of all get all those who got you there and that is the problem Buhari has now.

If you want to fight corruption – I don’t want to name names but he must first of all get all those corrupt people who put him there.

As a former lawmaker, what do you make of the recent happenings in the National Assembly?

I think what is happening now in the National Assembly is what a lot of informed politicians could have predicted and many of us had foreseen it and predicted it. So, we are not surprised that it is happening. If you remember the way the All Progressives Congress (APC) was formed; the APC was formed largely by some dissenters from the Peoples Democratic Party (PDP), particularly those who did not want former President Goodluck Jonathan to contest for a second term because they thought it was the turn of the North to have the Presidency.

They even believed that Jonathan was an impostor, that he should have allowed a northerner to occupy that position after the death of late President Umaru Yar’Adua. They believed that the North had been kept out of power for too long and they believed it was time for the North to get back to power. So, a lot of the northerners who joined the APC left the PDP for that reason because there was no way they could persuade Jonathan not to run and there was no way they could become the candidate of the party if Jonathan still wanted to run.

So, they felt the only way they could get back the Presidency was to change parties from the PDP, particularly if the APC was prepared to field a northerner. The northern components of the APC consisted of people whose objective was to get Presidency back to the North. But the southern components of the APC were people who felt they wanted to have power, particularly the leadership of the southern components in the person of Bola Tinubu. He wanted federal power, he saw it as a way to extend his power base and expand his field of influence.

The only thing that these two groups had in common was to get power. The Tinubu faction, which I call the southern components of the party, and the northern components all had the common agenda of getting power but they had different visions, goals and objectives.

So, what is happening in the National Assembly is basically a contest for the control of the party between the northern wing and Tinubu wing.