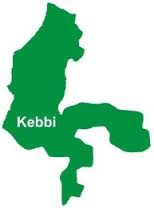 A group known as “Yanlabaiku” with membership of about 100 followers which is also preaching against Western education has emerged at Gwadangwaji, the outskirts of Birnin Kebbi, capital of Kebbi State.

The group according to DailyTrust lays claim to Islam and is conducting public preaching, meetings and processions though no violent activity has been attributed to it.

The group’s members are also called ‘Yanlokoloko’ which is one of the names of one of its leaders, Ismaila Lokoloko, who is assisted by one Bala Amadu.

The group is said to be opposed to one of the major teachings of the Islamic religion – the five daily prayers – as it allegedly preaches against offering them as Islam dictates.

Members of the group, which is said to have a slogan that puts belief in their Sheikh above God, are also said to willingly surrender their wives to spend the night with their important visitors especially scholars from the group.

Daily Trust gathered reliably from security sources in the state that the group’s leaders were part of the group that was based in Niger State before it was disbanded by government. Some of the present leaders relocated to Borno and Yobe states while others relocated to Niger Republic where they might have had direct contact with the Boko Haram.

“You might have noticed that their criticism of the five daily prayers which is a compulsory act in Islam is synonymous with the teachings of the sect sacked from Niger State, while the Boko Haram is known to oppose Western education. The issue of sharing their wives with their scholars is a known practice by some sects in the early 70s,” the source said.

When this reporter visited the group’s mosque at Gwadangwaji, behind the PHCN office, some of the members were seen sitting in groups around the mosque. One of the residents of the area, said while talking about the group’s members that, “they sometimes pray two raka’ats and terminate the prayer of three raka’ats saying that Sheikh will complete the rest for them and also that of four raka’ats, only two will be said instead.”

Some residents that spoke to our correspondent on condition of anonymity, said, “the group used to converge at Malam Labarasi’s residence in Gwadangwaji. Most of us don’t pray in their mosque. We did not pay much attention to them because until we started seeing journalists and other people coming to ask questions, we never knew them.”