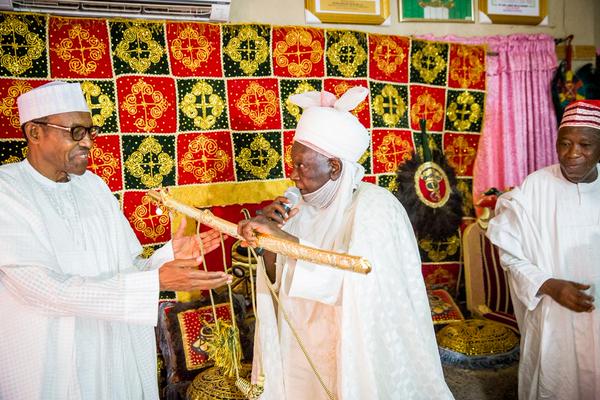 Bayajidda is the legendary Hausa ruler who reportedly killed the famous snake inside Daura’s Kusugu well and later established the seven hausa states.

Emir Faruk gave President Buhari the title when the president, who is currently on a private visit to his native Daura paid him a courtesy call at the palace. 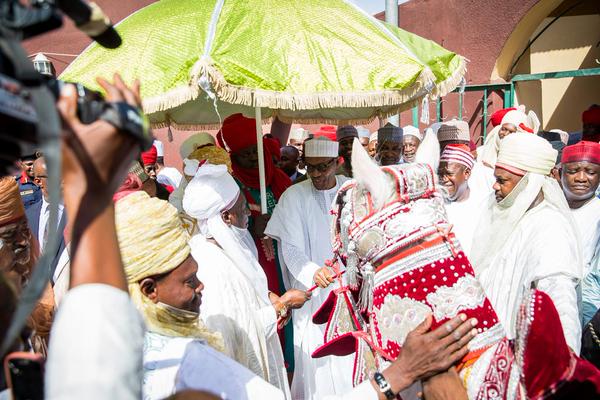 He extolled the virtues of President Buhari and expressed optimism that his leadership will reposition the nation for the better, noting that the president is a worthy son of Daura who has continued to be its source of pride.

The emir later presented a gold plated sword and horse to the President to symbolise his appointment as Bayajidda II.

While urging Nigerians to support the present leadership so as to ensure it succeeds in delivering the needed change, Emir Faruk reaffirmed the support and cooperation of the Daura Emirate council to the president.

In a speech, President Buhari said he joined politics to contribute towards moving Nigeria forward urging Nigerians to hold on to democracy.

President Buhari, who noted that developed nations attained the feat they currently achieved because they placed premium on democracy, thanked Nigerians for giving him the mandate to lead the nation.

He however lauded the Daura Emir and indeed the entire emirate for the warm reception accorded him. 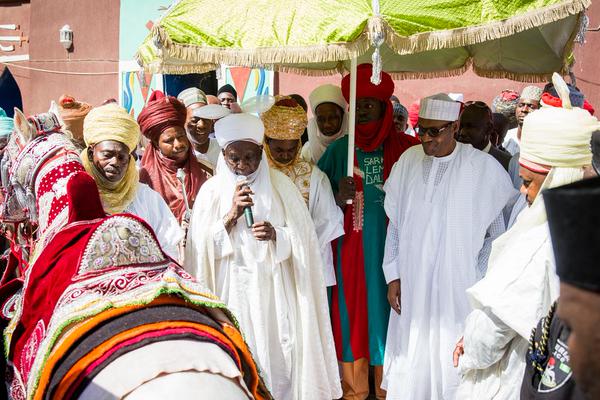