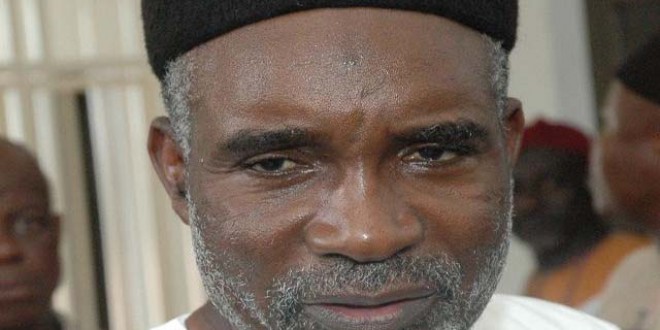 An Abuja Federal High Court on Monday refused to grant an application filed by ex-Adamawa Governor, Murtala Nyako, seeking to restrain the
Economic and Financial Crimes Commission (EFCC), from arresting him.

Nyako had filed a motion ex-parte, seeking an interim injunction restraining the EFCC, Inspector-General of Police and the Department of State Security from arresting him for alleged corruption.

He had in the substantive suit, prayed the court to restrain the respondents from arresting or detaining him in relation to allegations of financial misconduct while serving as Adamawa governor.

Moving the motion, Nyako’s counsel, Mr Ore Ogungbeje, urged the court to restrain the respondents pending the determination of the origination motion he filed for the enforcement of his fundamental rights.

Justice Ahmed Mohammed, however, refused to grant the application, saying there was no sufficient reason for the court to restrain the respondents in the fundamental rights enforcement suit marked: FHC/ABJ/CS/474/2015.

He said: “Having read through the supporting affidavit, particularly paragraphs 5 to 19 which contain facts relating to this case, this court is unable to accede to the request for order of interim injunction sought.’’

Mohammed, instead, ordered Nyako to put the respondents on notice vis-à-vis the applications for injunction filed against them.

The trial judge also ordered Nyako to serve the originating motion, filed on May 28 on the respondents, within seven days effective from Monday. He adjourned the case until July 1, for hearing.

The News Agency of Nigeria (NAN) recalls that Nyako was impeached by the Adamawa House of Assembly in 2014 on allegations of financial
mismanagement, following which the EFCC had sought to arrest him.

The ex-governor had fled the country and stayed abroad for 10 months until President Muhammadu Buhari was sworn in last month.