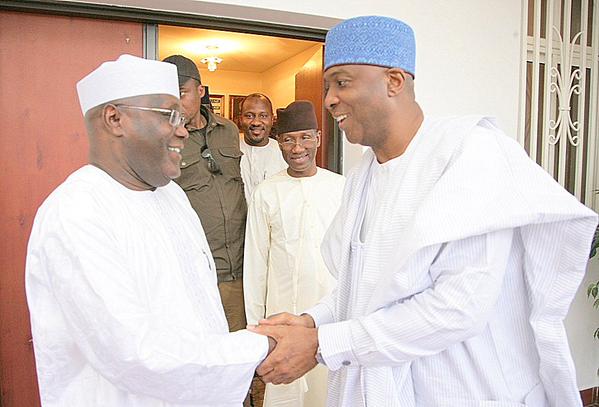 Details have emerged on how former Vice- President Atiku Abubakar and the five governors who in late 2013 defected to the All Progressives Congress (APC) from the Peoples Democratic Party (PDP) worked against the emergence of Senator Ahmad Lawan as Senate President.

THISDAY gathered that Atiku and the five governors were uncomfortable with the rising touted political wizadry of APC national leader, Senator Bola Ahmed Tinubu, and decided to “cut him to size.”

They reportedly used their influence to stop Lawan believed to be Tinubu’s candidate.

Few hours after the APC national leadership rejected the emergence of Saraki and Dogara as Senate President and Speaker respectively, Atiku issued a statement congratulating the duo.

“Irrespective of the political mix through which the presiding officers emerged,…the eighth National Assembly should never lose focus of its role as a partner in progress with the other arms of government, especially the executive arm,” the former vice-pesident, in apparent reaction to the APC said threat to sanction the two principal officers.