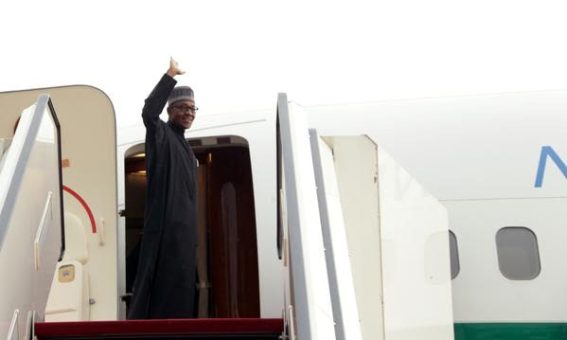 Sources tell NewsWireNGR that “President Buhari Leaving for Germany and being accompanied by former governors Fayemi and Fashola accompanying Mai Gaskiya to G7 Summit…says alot about his impending role in the incoming cabinet”.

The presence of both former Governors Fashola and Fayemi on the delegation raised fresh speculations about President Buhari’s possible role for both men in his administration.

“Already there’s internal crisis ongoing with the Tinubu camp suggesting that Tunde Fashola and Kayode Fayemi are said to be double crossing the Jagaban of Lagos who supposedly gave them the prominence the two currently enjoy with Buhari.” The source added.

“Within the past months since he was declared President, Buhari has been accused of avoiding and ignoring the former Lagos Governor, Tinubu, whose efforts saw to the emergence of the All Progressives Congress, APC. Another source tells NewsWireNGR. 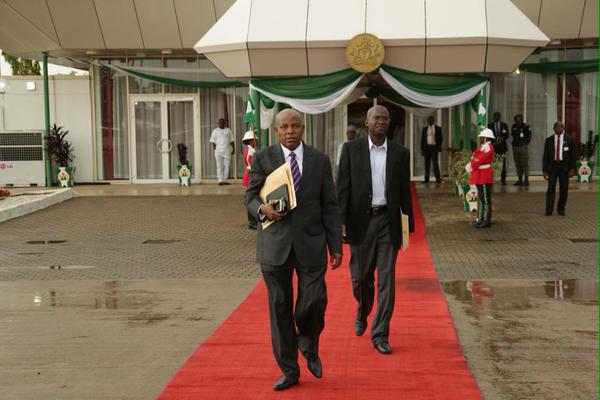 A source close to the president told SaharaReporters that Buhari was considering appointing Fashola as his Chief of Staff, adding that, the former governor of Ekiti state was also in the running for the same position.

Our source disclosed that Bola Tinubu, the national leader of the All Progressives Congress (APC), was opposed to Fashola’s appointment.
The exclusion of Agboola Gambari, a professor, from the list of delegates, appears to signal that he is not a serious contender for the post of Chief of Staff.

A few days ago, Gambari’s name cropped up as one of the candidates for the post of Chief of Staff.

Buhari’s trip to Germany is his first trip outside of Africa since his inauguration on May 29, 2015. His 20-person delegation which reportedly include members of his advance party is a scale back from former President Goodluck Jonathan’s practice of making foreign trips with as many as 200 people.

I Suggest The Issue Of $20 Billion Or $18.5 Billion Be Dropped Because I Did Not Steal – Alison-Madueke