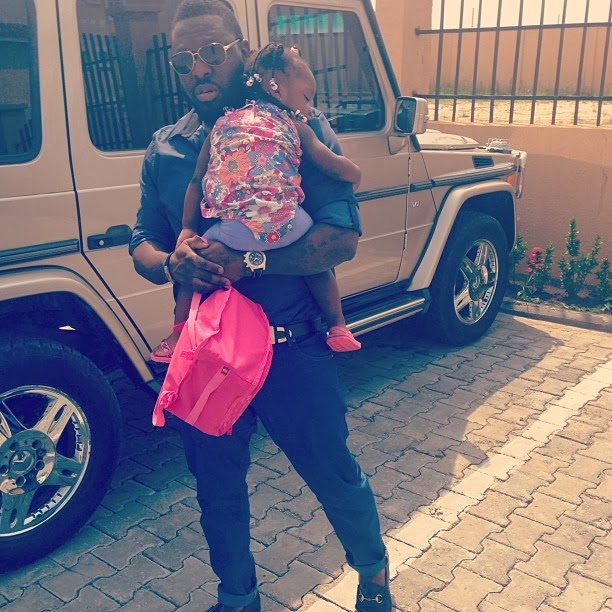 Nigerian dancehall artiste, Timaya has revealed that he is expecting his second child with the same woman who bore him his first daughter. Speaking to urban music station, HipTV the self-acclaimed Egberi Papa revealed that he and his baby-mama, Barbara will be welcoming another child soon.

In May 2012, Timaya and Barbara welcomed their first daughter, Emmanuella. Emmanuella is set to be a big sister in the coming weeks or months,

Related Topics:TimayaBarbaraEmmanuella Odom
Up Next