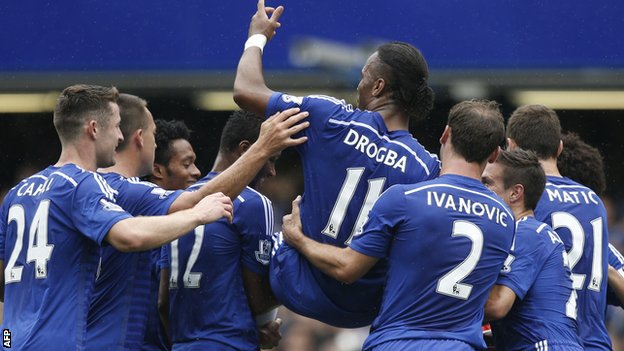 Didier Drogba, Ivorian professional footballer today ends his football career with English club Chelsea as a striker. Drogba has been an all-time top scorer and former captain of the Ivory Coast national team. Didier Drogba has announced he will be playing his last match for his current football club, Chelsea today May 24th. He shared the news on his instagram page.

Drogba was carried off the pitch by his team-mates after announcing he will leave the club for a second time. Blues players hoisted the injured Ivorian from the Stamford Bridge pitch in the first half of his final game – a 3-1 win over Sunderland on Sunday.