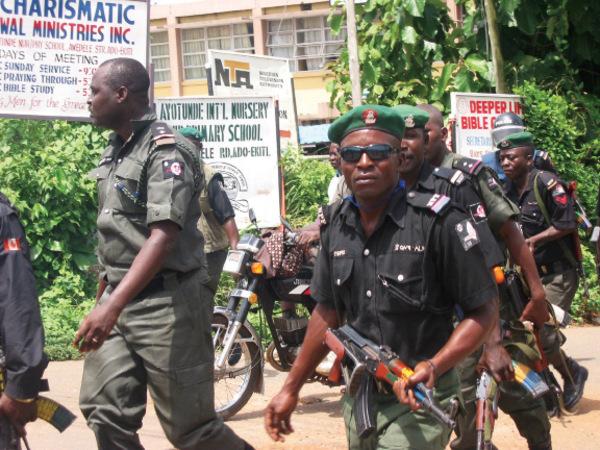 A weird drama of sorts played out yesterday at the ever busy Control Post, close to Maria Assumpta Catholic Cathedral, Owerri, as a commercial vehicle driver and his conductor pelted policemen with their faeces.

A man who claimed to be an eyewitness told Vanguard that a policeman flagged down the commercial driver for allegedly driving in a reckless manner.
“Not long after, a serious war of words ensued between the driver and the policeman, who eventually gave the driver a dirty slap on his face, irked by the inexplicable action of the policeman, the driver retaliated immediately”, the man recounted.

According to eyewitness, the developing drama attracted the attention of the other policemen on the beat and they quickly pounced on the driver and his conductor, who could not withstand watching helplessly as his driver was being pummeled by the security men.

The policemen, it was gathered, called for reinforcement and on arrival, the additional hands did everything possible to subdue the driver and his conductor, who were already half nude at that point.

“The drama took a different shape when the duo pulled what remained of their torn trousers, defecated instantly, scooped the faeces with their hands and splashed the mess on the faces of some of the policemen”, ten eyewitness said.

Continuing, the man said that the strange act forced every person around the scene, including the policemen, to scamper into safety, while the almost battered driver and his conductor were seen scavenging for more faeces or smelly things to further pelt their attackers.

“Amidst the confusion created at the scene, the driver and his conductor quickly jumped into their vehicle and disappeared before other security teams arrived”, the man said.