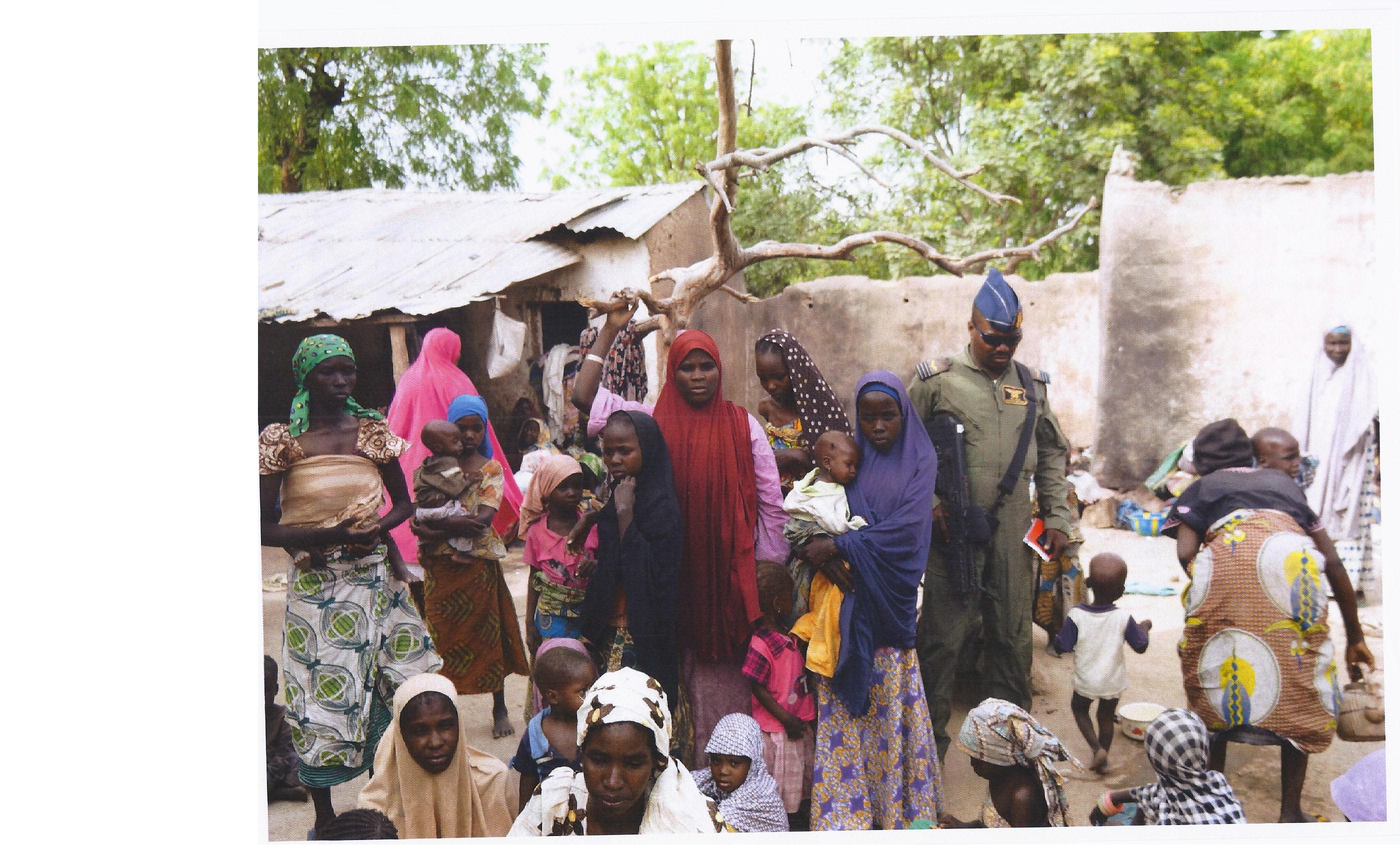 The Nigerian military is due to hand over nearly 300 people rescued from Boko Haram camps to the National Emergency Relief Agency.

The 200 girls and 93 women and children are to have medical checks before being reunited with their families.

The military has not disclosed their identities.

The girls abducted from a school in Chibok in April 2014, made famous by the #BringBackOurGirls campaign, were not among them.

The group are being taken to camps for displaced people in Yola in Adamawa state for medical checks to help overcome the trauma.

A community leader who has met many former Boko Haram captives says they are often brainwashed and traumatised.

He told the BBC there is a great need for more psycho-social support to help them reintegrate back into society.

The BBC has learnt that near one Boko Haram camp the soldiers were shocked when a group of women opened fire on them.