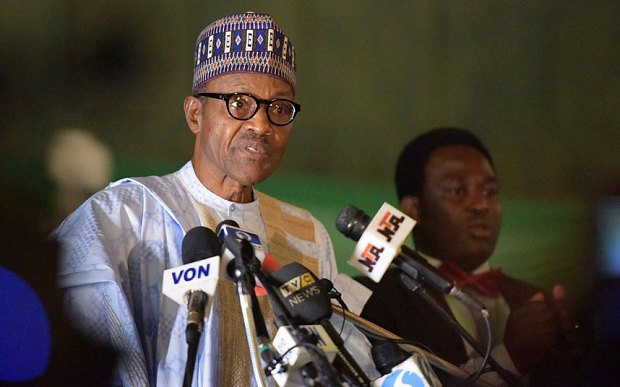 The Labour Party (LP) has warned the president-elect, General Muhammadu Buhari, and his party, the All Progressives Congress (APC), not to back down on their campaign promises as Nigerians are eagerly expecting the change they preached.

NewsWireNGR recalls Buhari was quoted to have said ‘I can’t promise Chibok girls will be found’, only days after winning the Presidential elections.

The LP particularly expressed worry over APC’s recant on its promise to bring home the Chibok girls as soon as it assumes office.

In a statement issued by the National Secretary of the party, Kayode Ajulo, the party said rescuing Chibok girls was a major plank in the APC offensive against the Jonathan administration during the campaign.

However, Ajulo said Buhari had in the last few days made statements which suggest that he was no longer bound by the pledge to rescue the kidnapped girls.

“The inability of President Jonathan to promptly defeat Boko Haram and bring back the girls alive was showcased as evidence of incompetence and lack of commitment to security by the government. The APC promised to win the war and bring home the girls as soon as it was handed power.

“But today, like Janus with two faces, they are showing the other face. The president-elect has changed the tune from bringing home “our girls” to “I cannot promise that we can find them,” he said.

The LP scribe warned that the APC must not take Nigerians for granted by abandoning its election promises to the people.

“This kind of double speak, coming from a president who in his days as military ruler had been accused of double standards, smacks of incorrigible bend towards broken promises. It would thus appear that all along, the APC seemed to know how dire the situation and circumstances of the Chibok girls were, but would rather benefit from the electoral capital of alluring promises instead of commending genuine and relentless effort of the incumbent.

“But again, the utterances in the last 48 hours have again shown that Nigerians need to be on their toes so that they are not severally raped by a bunch of power desperadoes who would make just any promise in order to seize power and the treasury, then bares their fangs after ascending the throne.”

According to Ajulo, “It is quite disturbing that even before constituting his transition committee that would examine the hand-over notes of various ministries and recommend practical implementation strategy based on his campaign promises, Buhari has already started giving the thumb up to the naysayers.

“The basis on which those Nigerians that voted for Buhari in the March 28 presidential election did and with so much passion was the belief that he could be an instrument of thorough and fundamental changes carried out with the sharpness and precision of a sound officer of the Nigerian army, though retired.
“Two very important grounds on which the general presented himself to the Nigerian electorate to canvass for support are already being demolished by no other person than the retired general himself.

“While in the LP, we have never hidden our support for President Jonathan in the last election, we have resolved to accept the results and key into those promises made by the winner, since these democratically approximate the quest of the Nigerian people.

“It however amounts to taking the people for granted and being insensitive to the yearnings of the public to want to even suggest that campaign promises cannot be fulfilled by the winner at the pace desired by the people.

“Only a few days ago, Buhari said point blank that Nigerians should not expect miracles. The question to ask the Buhari and his co-travelers in APC is whether they did promise Nigerians miracles? If they did, then honour demands that they perform such miracles?

“But if they did not promise miracles but had promised to solve real problems, then they should not expect Nigerians to fold their arms and resign to fate. Those promises must be fulfilled significantly.

“Indeed, Nigerians need to ask, before they made promises concerning building of refineries, power supplies, one meal a day, dole and fighting corruption did they not asses the realities? In what way does showing commitment to these promises make them magicians of miracle workers? Or were those promises mere campaign gimmicks? Were those promises part of propaganda and mere promo to run down the incumbent and promote the then candidate of APC?

“On our part for now, we would like to believe that the promises were not mere attempts to hoodwink an entire nation. That will be too costly for a large opposition cobbled out of the most desperate collection and shades of political ideas and hazy principles by a few deft politicians, “ he said.

Ajulo, concluded that “as for us in the LP, we have not lost hope in the capacity of human beings to change. It is not too late in the day for the APC to rekindle the people’s belief in them and their capacity to largely follow through their campaign promises.

The lesson to learn is that, it is easy to come to power by propaganda and global conspiracy, but history has never shown an example of rulers who endured in power on the basis of propaganda and manipulations alone. Such manipulations, more often than not, hasten the fall of Janus-faced regimes. A stitch in time saves nine.”