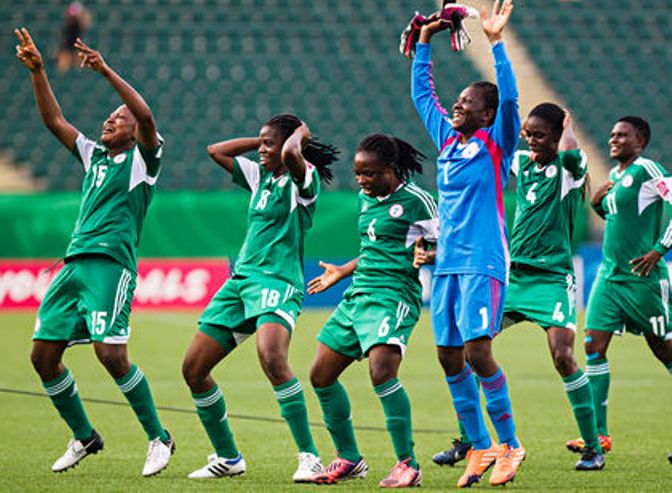 African champions, the  Super Falcons of Nigeria trashed the Malian female national team by 8 goals to nil, at the Abuja National stadium, today.

The result means the Falcons go through 9-1 on aggregate, and qualified for the women’s football event at the 2015 All Africa Games in Congo.

Assisat Oshoala  of Liverpool Ladies star played a vital role in all the goals scored by the Nigeria sides and also scoring a double herself.

Francisca Ordega made it 2-0 after 18 minutes, before Oshoala increased Nigeria lead on 36 minutes.

Oparanozie then made it 4-0 just a minute to half time. A minute after the interval, Oshoala netted her brace as Mali tried to play damage control.

Ordega became the third Nigeria star to grab a brace when she hit target in the 62nd minute.

More misery came to the way if the Mailans as Skipper Evelyn Nwabuoku fired home the seventh goal from 23 yards after 69 minutes, before substitute Esther Sunday completed the rout in the 71st minute off a rebound.